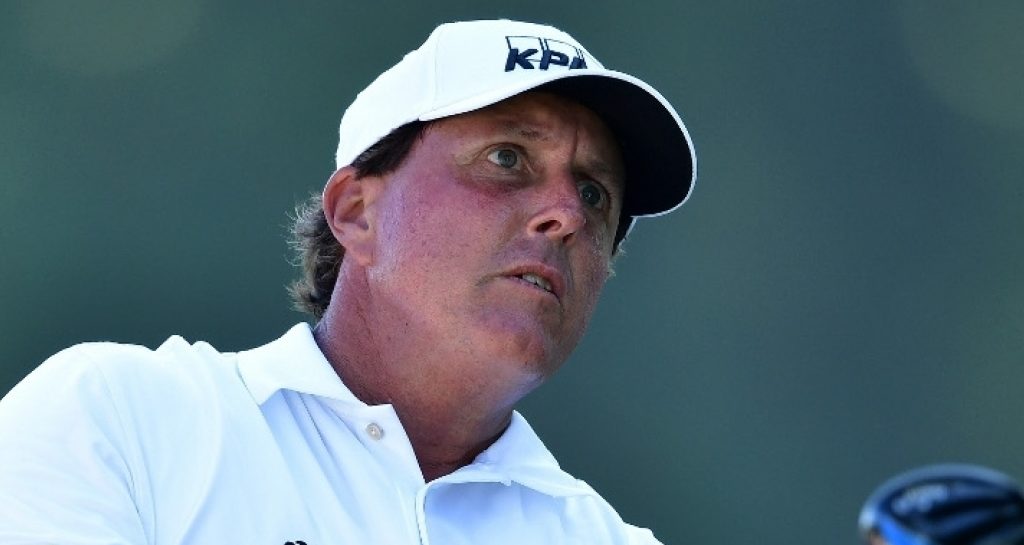 Phil Mickelson has arrived at this week’s Greenbrier Classic without regular caddie Jim ‘Bones’ Mackay, but has a familiar face on the bag instead.

Much has been written over the split between Mickelson and long-time bagman Bones, so it was inevitable it would come up at the pre-tournament press conference at The Old White TPC, his first event since parting ways.

“I’m hesitant to talk too much about anything because I’m so appreciative of the time I have had with Bones for 25 years that anything I say positively about what I’m looking forward to with Tim and so forth I feel would be taken as a shot at Bones,” said the five-time Major winner.

“I don’t want to do that. I have too much respect for him and our time together over the years.”

So who is the man replacing the irreplaceable? Mickelson has secured the services of his brother Tim for the rest of 2017 season and he was more than happy to talk about him.

“The thing I would say is Tim is one of my favourite people,” he added.

“I love being around him. He’s one of the people I respect the most, and throughout my career he’s been so supportive of me.

“We’ve never had that kind of brotherly rivalry growing up. We’re seven years apart. We’ve done nothing but support for each other throughout our lives. To have that type of friendship with my brother is something I really value, and this time together.”

Mickelson is looking for his first win since the 2013 Open Championship this weekend at White Sulphur Springs.