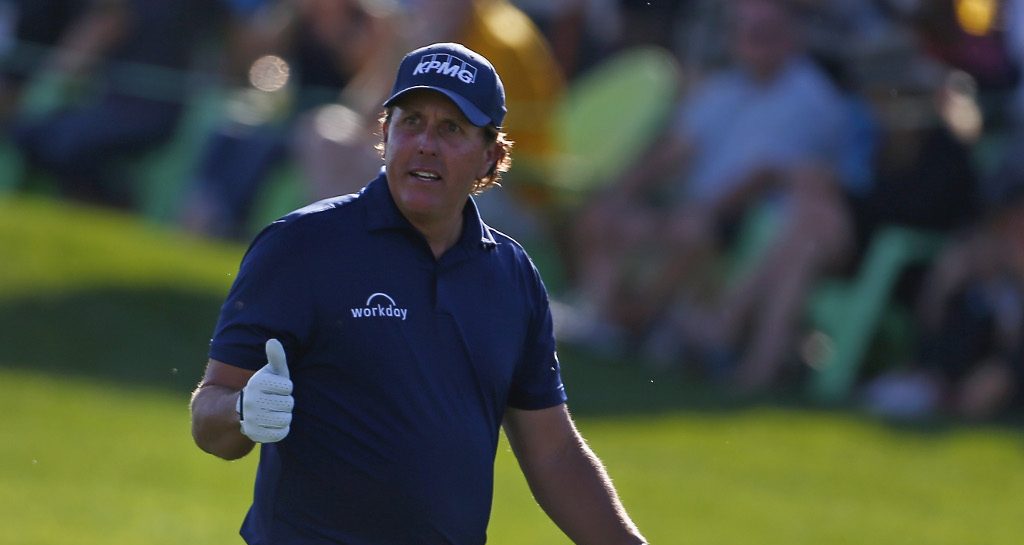 Phil Mickelson is delighted to be returning to Phoenix this week where he claimed three previous wins and excelled as an amateur college golfer.

Mickelson will be making his 30th start at this week’s Phoenix Open, which marks the PGA Tour’s only stop in Arizona during the calendar year.

It’s a place that’s filled with rich history and positive memories for the 48-year-old golfer.

“The time has really flown by… 30 years, gosh,” Mickelson said.

“I remember when I was in college, it doesn’t seem that long ago that I was playing in my first Phoenix Open.

“What a great feeling I experienced with the crowd and the many memories that I’ve had here. It’s a special place.”

Mickelson joins a strong field that includes 10 of the top 30 players in the world, including World No 6 Jon Rahm.

Like Mickelson, Rahm attended Arizona State, and so feels quite at home for a Spaniard.

“This week for me is definitely really, really high on my rankings,” Rahm said.

“I played good as an amateur and pro, I was in the final group last year, so hopefully this is the one week where everything kind of clicks.”

The Phoenix Open is famous – or notorious, depending on your perspective – for having the most raucous crowds in world golf, especially at the notorious 16th hole.