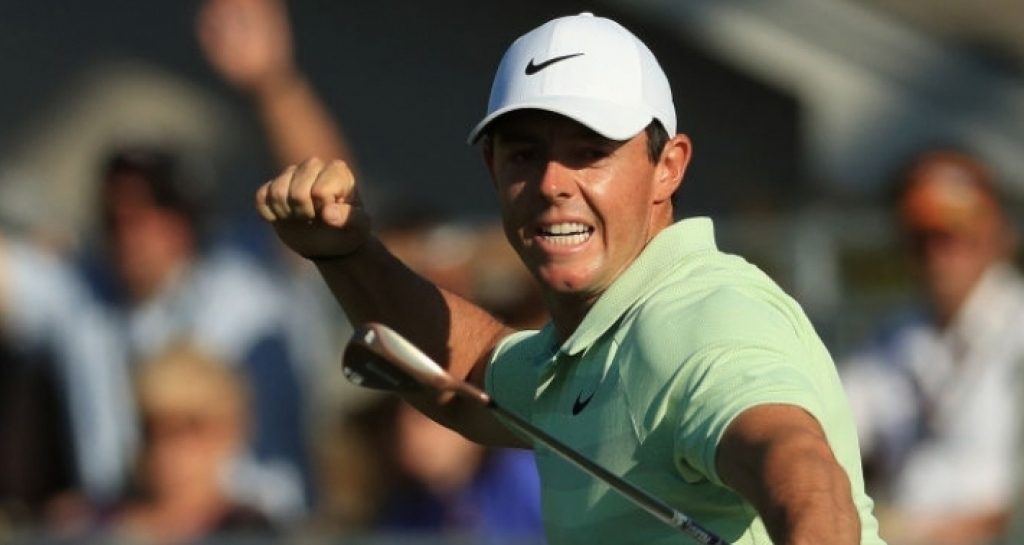 Rory McIlroy secured his first win in 18 months on Sunday at the Arnold Palmer Invitational after a stunning final round 64.

The Ulsterman hit five birdies in his last six holes to pull away from the pack and finish on 18 under par, three strokes clear of runner up Bryson Dechambeau, to end a title drought that stretched back to the 2016 Tour Championship.

The best shots from @McIlroyRory's victorious final round at Bay Hill.

McIlroy started the day two shots off overnight leader Henrik Stenson, but had pulled level with the Swede after three birdies in four holes starting from hole six.

Then after saving par at the long 12th, the four-time major champion went on incredible run, holing from 15 feet at the 13th before draining a 20 footer at the next to grab a one-shot lead.

With the momentum firmly in his favour, McIlroy then doubled his advantage with a superb chip-in at the 15th. A tap-in birdie on the 16th and then a snaking 25 footer at the last completed an amazing finish and left him well clear of the pack.

Bryson DeChambeau came in second at 15-under par after carding a 68. An eagle at the 16th meant he was still in contention, but a par at the 17th left him needing an improbable eagle at the last.

Henrik Stenson, the overnight leader, came in fourth after a 71, one shot behind Justin Rose, who shot an impressive five-birdie 67.

Also impressive was Tiger Woods, who hit six birdies and was well in contention until the 16th, when a wayward drive went out of bounds and derailed his hopes of an emotional comeback win.

“I played a perfect round of golf,” McIlroy said afterwards. “It was awesome to feel the buzz of being somewhere around the lead going into the back nine and reeling off those four birdies in a row.

“I’ve missed it, I really have missed it, and to play the sort of golf that I played today under that pressure, I’m really proud of myself and just so happy to win.”