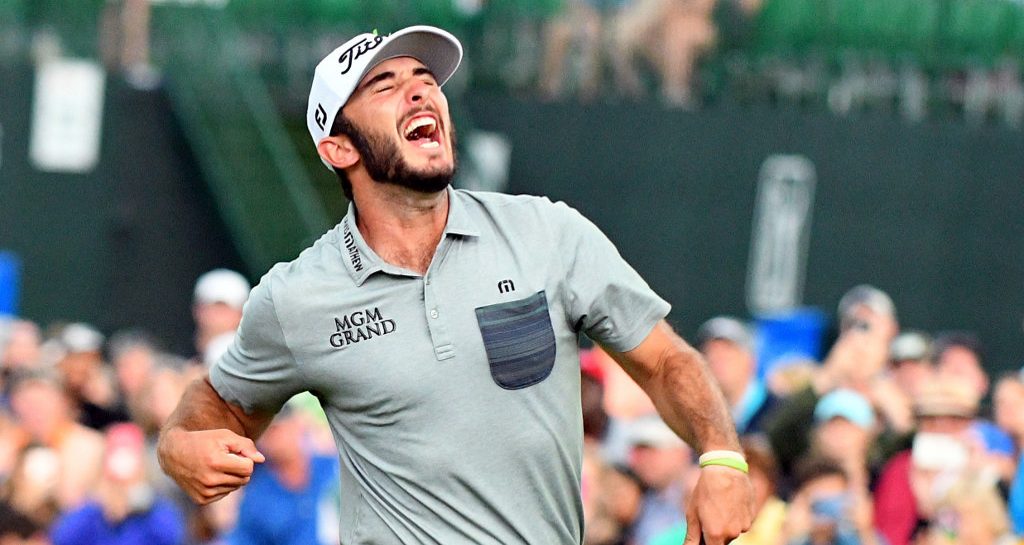 American Max Homa held off Justin Rose and Jason Dufner to secure his first PGA Tour title with a three-stroke victory at the Wells Fargo Championship.

Homa, who twice lost his PGA Tour card before regaining it for the third time ahead of the 2019 season, fired a four-under-par 67 at Quail Hollow on Sunday for a 15-under 269 total in Charlotte, North Carolina.

That saw him finish three strokes clear of fellow American Joel Dahman, who had a 70, and a further shot ahead of World No 2 Rose, who closed with a 68.

Let it all out.@MaxHoma23 wins the @WellsFargoGolf in impressive fashion.

Former PGA champion Jason Dufner was in the running for a first victory since 2017, but a final-round 73 put pay to his hopes as he finished in a tie for fourth on nine under alongside Sergio Garcia (68), Paul Casey (69) and Rickie Fowler (68).

The day belonged to Homa, however, who made just two cuts in 17 events in during the 2016/17 season to lose his PGA Tour card for the second time, before battling his way back to the big leagues once again via the Web.com Tour at the end of last year.

“Over the moon,” Homa said. “I have some serious scar tissue from out here. Job security is great man. I haven’t had that before.”

Aside from the winner’s cheque and the trophy, Homa also secured a ticket to the PGA Championship at Bethpage Black next week.

As for Rose, he’s already looking ahead to the upcoming major test.

“This was an important week for me for sure. I wasn’t quite sure where I was coming in,” he said. “The whole week was a struggle but that makes a result like this more pleasing. Hopefully I can click into the long game and the rest of the attributes stay with me.”

It was a disappointing day for Dufner, who was in the running for the victory for much of the day before faltering on the back nine, closing with a double bogey.

“I played pretty well. I just didn’t make any putts,” he said. “I didn’t beat myself, which was the goal, and Max was playing awesome.”