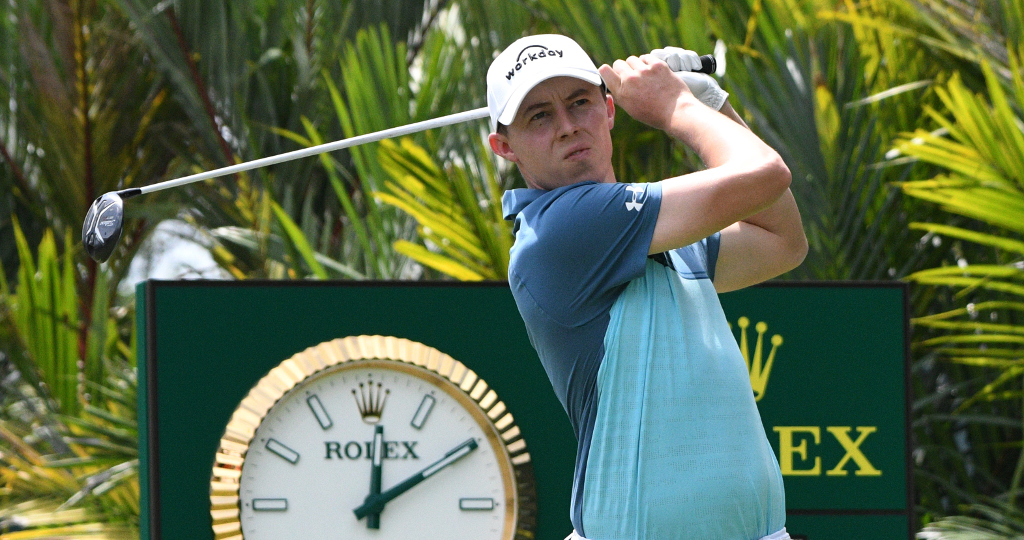 Matthew Fitzpatrick carded a five-under-par 67 to claim a one-shot lead after the third round of the Arnold Palmer Invitational at Bay Hill Resort and Club.

Defending champion Rory McIlroy notched a third round 66 to trail the leader by one shot, while Aaron Baddeley (69), Kevin Kisner (70), and Matt Wallace (70) are another stroke further behind in a tie for third.

Fitzpatrick’s round included five birdies and no bogeys as the Englishman reached a score of nine-under-par after 54 holes.

“I just played really solid,” Fitzpatrick told the press after his round.

“I like the golf course a lot, so I do feel comfortable out there.

“The plan was to hit a lot of fairways, a lot of greens and do as best you can and it sort of paid off today. And I holed a few more putts, which is great.”

A five-time winner on the European Tour, world number 44 Fitzpatrick has never won on the PGA Tour, having last tasted victory at the 2017 Omega European Masters.

“Obviously it’s a little bit of a stronger field than normal, but it’s just another golf tournament, really,” Fitzpatrick continued.

“That’s the attitude you got to try to go into it with. There’s water around here, the greens are firm, the rough’s thick. Someone was saying it’s a bit like a U.S. Open, which I could totally see.”

McIlroy started the day on two-under, seven shots off the overnight leaders Tommy Fleetwood and Keegan Bradley, but played himself into contention with a blistering round which included seven birdies and a solitary bogey.

“The golf course has played much tougher this year compared to the previous years,” McIlroy noted.

“Overall I played a really good round of golf, exactly what I needed to do, and I’m excited to be in the hunt for tomorrow.”

Fleetwood (76) and Bradley (75) had a four-stroke lead at the half-way point but fell back badly after disappointing third rounds.