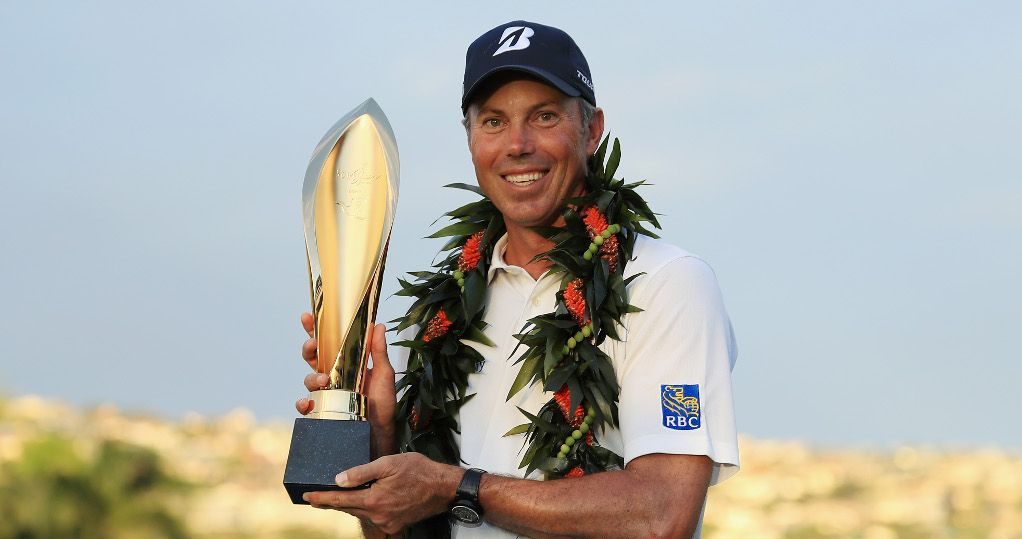 Veteran Matt Kuchar cruised to his ninth PGA Tour title at the Sony Open in Hawaii on Sunday.

The American would card a second consecutive four under 66 in the final round at the Waialae Country Club, enough to take him four clear of runner-up Andrew Putnam.

Starting the round two strokes clear of Putman, there were some early struggles on the front nine. Walking to the sixth tee, Kuchar found himself two over par for the day and trailing Putman after three bogeys and a solitary gain on the par four third.

But the new world number 22 got his round back on track with gains on the ninth, tenth and 12th holes. Kuchar continued to blitz the back nine, rolling in three more birdies to take a comfortable lead into the final stretch.

His birdie putt on the 18th secured his second victory in just his third tournament of the new PGA Tour season. Kuchar, accompanied by his two sons Cameron and Carson, was a happy man.

Another win for Dad.

This never gets old.

“I’m tickled, thrilled to have won two events this early in the year,” the 40-year-old told the press afterwards.

“To have won two out of three starts on the PGA Tour is mind boggling to me. It absolutely sets up the year to be in great position for the FedExCup. There is a lot of year left and a lot of great things that are out there to be done.”

American Putnam rolled in a number of long-range putts but ultimately his bogey on the 14th left him too far behind. He would be followed by Canadian Corey Conners, whose final round of 64 was enough for a solo third finish.