Matt Kuchar on caddie pay-out controversy: ‘We had a deal’ 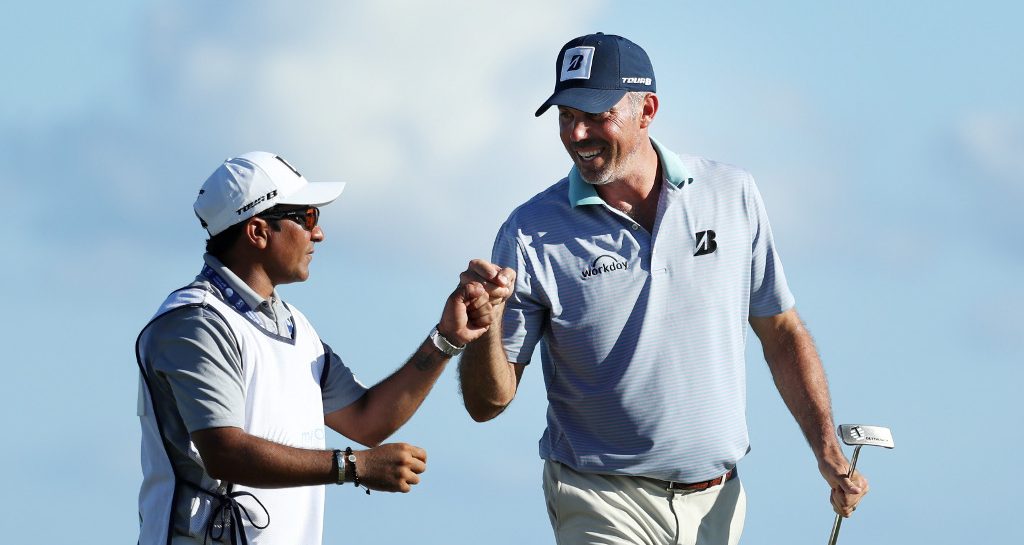 Matt Kuchar has defended his decision to only pay a Mexican caddie $5000 after he claimed a $1.3million cheque for winning the Mayakoba Golf Classic.

As far as Kuchar is concerned, a deal is a deal, and not only did he meet his end of the bargain, he gave local caddie David “El Tucan” Ortiz – who was carrying his bag that week – even more than they agreed upon.

Kuchar said he agreed a bonus structure with Ortiz that could earn the caddie up to $4,000 for the event. In the end, he paid him $5,000 after pocketing the winner’s cheque.

Caddies often make as much as 10% of a player’s winnings for a tournament, but Kuchar insisted he wouldn’t be losing any sleep over giving Ortiz just 0.3%.

And if his initial actions didn’t win him too many friends, his latest response is unlikely too either.

“It’s kind of too bad that it’s turned into a story,” he told Golf Channel. “I really didn’t think it was a story because we had an arrangement when I started.

“I’ve done enough tournaments and had enough weekly caddies and I’m very clear about what the payment will be. And we had an arrangement Tuesday that David was okay with, and I thought Sunday he was very much okay with it.

“I kind of feel like unfortunately some other people have got it in his head that he’s deserving something different than what we agreed upon. And it’s just too bad that it’s turned into a story, because it doesn’t need to be. We had a great week.”

After the story first broke, Kuchar offered Ortiz an additional $15,000, but it was too late – the caddie turned it down.

“I ended up paying him USD 5,000 and I thought that was more than what we agreed upon,” added Kuchar. “I kind of think if he had the chance to do it over again, same exact deal, that he’d say ‘yes’ again.

“You’re not going to buy people’s ability to be okay with you, and this seems to be a social media issue more than anything. I think it shouldn’t be, knowing that there was a complete, agreed-upon deal that not only did I meet, but exceeded.

“So I certainly don’t lose sleep over this. This is something that I’m quite happy with, and I was really happy for him to have a great week and make a good sum of money. Making USD 5,000 is a great week.”