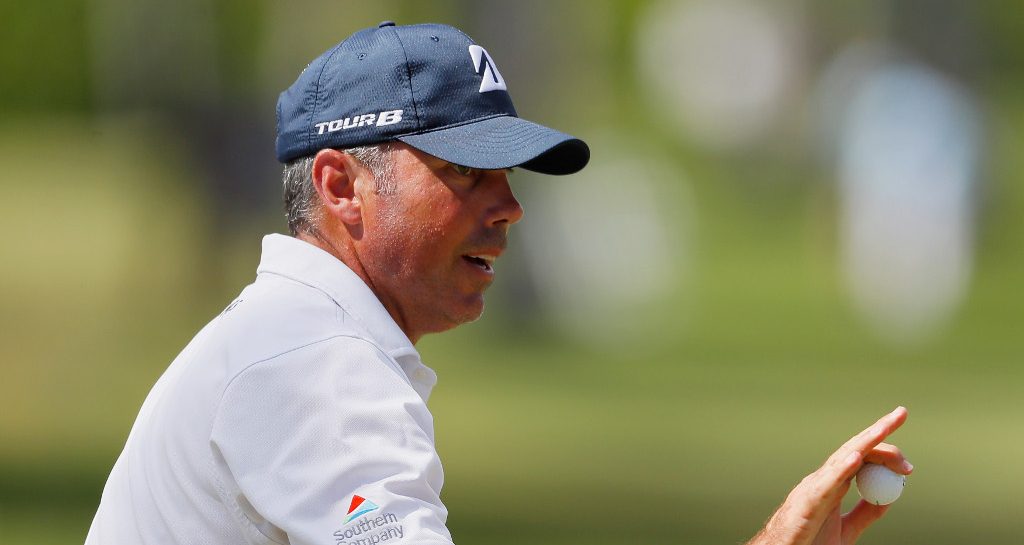 Matt Kuchar followed up an opening 63 with another 63 in the second round to earn a one-shot lead heading into the weekend at the Sony Open in Hawaii.

The eight-time PGA Tour winner returned to winning ways after a four-year absence at the Mayakoba Golf Classic in November, and his new-found resurgence is continuing at Waiʻalae Country Club.

After picking up six birdies in his first 14 holes, Kuchar looked to have spoiled his chances of taking the lead with his first bogey of the week at the 15th, but an impressive closing eagle at the 18th saw him leapfrog into top spot.

Earlier, he’d started like a house on fire by birdying four of his first five holes.

“To shoot 7 under back-to-back is unexpected, but awfully excited,” said Kuchar, who often spends as much as a month in Hawaii at the start of the year, mixing as much work and pleasure as he can.

Lying just one shot back is Andrew Putnam after a bogey-free 65. Chez Reavie (65) and Stewart Cink (62) follow a further three strokes behind in a tie for third.

Reavie’s round was hands down the most remarkable of the day, after he holed out for eagle three times from the fairway. The PGA Tour only began keeping hole-by-hole records in 1983, and no one had ever made three eagles in one round on par 4s since then.

He admitted he started thinking about the significance of making three of them when he put himself in position on the eighth.

“It was on a good line, and that was the only time it crossed my mind — ‘Wow, could we make another one?’” he said. “The other two, I just hit the shot I was trying to see and it was going at the hole. Never expected it to go in. It’s always a surprise when it disappears.”

Further down the field, Jordan Spieth surprised everyone by missing the cut. He’d given himself work to do after a disappointing 73 on Thursday, and not even a well-played 66 was enough to see him make it to the weekend.

Needing to birdie the last four holes to stick around, Spieth birdied the first two but then missed a 10-foot birdie putt at the 17th before narrowly missing chipping in for eagle at the last.

Golf is a game of inches.

Jordan Spieth will just miss the cut in his first start of 2019. pic.twitter.com/rbIQYsVeid

“I loved the fight,” Spieth said. “I feel like I was trying to win the tournament trying to make the cut, which is not something I want to get used to.”