Matt Every has slender lead at Byron Nelson 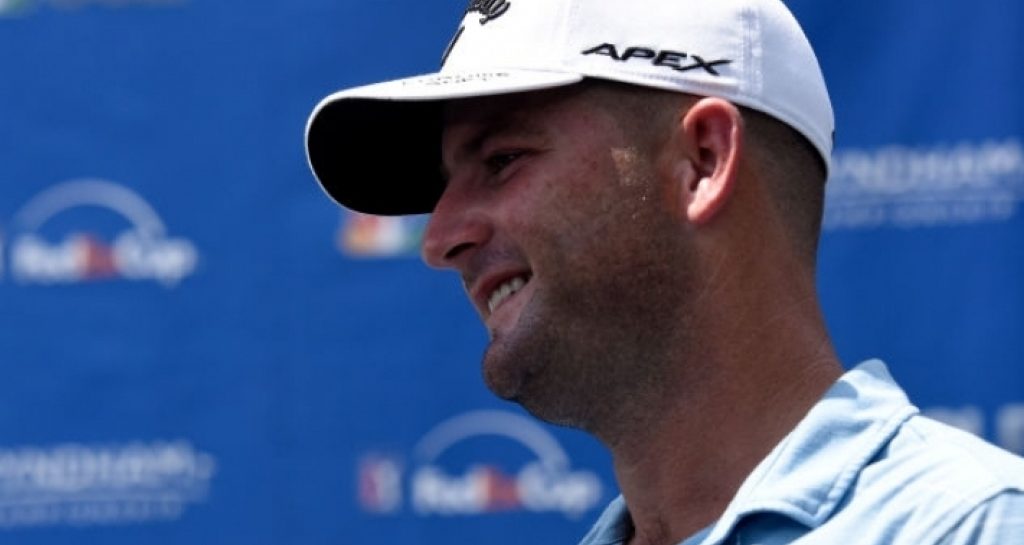 Matt Every will take a one shot lead into the extended final round of the AT&T Byron Nelson on Sunday.

The American was halfway through his third round at the picturesque Trinity Forest Golf Club when play was called off due to darkness. Every is sitting on 18 under with 27 holes left to play on Sunday and is followed by second round leader Sung Kang on 17 under as well as Tyler Duncan on 15 under.

Every enjoyed a fast start, chipping in for an eagle on his opening hole before rolling in four birdies to make the turn at six under.

This is one way to start your round. 🦅#LiveUnderPar pic.twitter.com/2SDELhnay9

“It was like a normal round of golf for me, it felt like it,” the 35-year-old told pgatour.com.

“It was playing super easy, so it wasn’t like I had time to be nervous about anything. I just needed to keep making birdies.”

Only 12 of the 83-strong field managed to finished the rain-delayed third round, but sunny skies are expected for the players and Mother’s Day galleries.

Further down the leaderboard, Scott Piercy, Rory Sabbatini and Sebastian Munoz are locked on 13 under with much of their back nines still to play.

Matt Every News US Tour