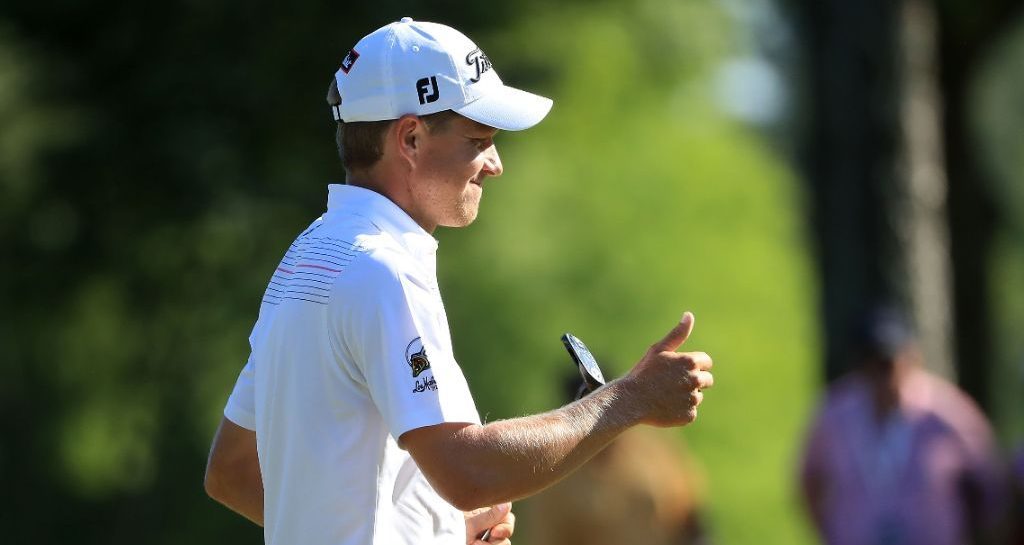 Peter Malnati is the surprise halfway leader at the Wells Fargo Championship after the big names all struggled in Charlotte.

Malnati has won just once in his five years on the PGA Tour and has finished no higher than 30th place this season, but the American boasts a one-shot advantage at Quail Hollow.

The 30-year-old shot a three under 68 on the second day to move to seven under overall – a shot clear of Australia’s Jason Day and fellow American Aaron Wise.

"I'm feeling good, I'm confident in what I've been doing and I'm kind of letting it show on the course."@PeterMalnati leads by one after a 3-under 68 @WellsFargoGolf. pic.twitter.com/VeZwkAfXb3

Beginning on the back nine, Malnati cancelled out a bogey on the 10th with birdies on 15 and 18, with another three birdies added on the front nine.

“I always have fun. I always smile. I love my job, and I even love my job when I suck at it,” he said.

Wise shot a second successive 68, while Day carded a 67. Charl Schwartzel and Paul Casey are both one further back at five under.

In trouble under the 🌳.

But it was not such a good day for the big names in the field, albeit Tiger Woods, Phil Mickelson and Rory McIlroy all narrowly made the cut.

Woods birdied the final hole to move to two over overall, with Mickelson, McIlroy, Graeme McDowell and US Open champion Brooks Koepka lying alongside him.