Love III turns back the clock 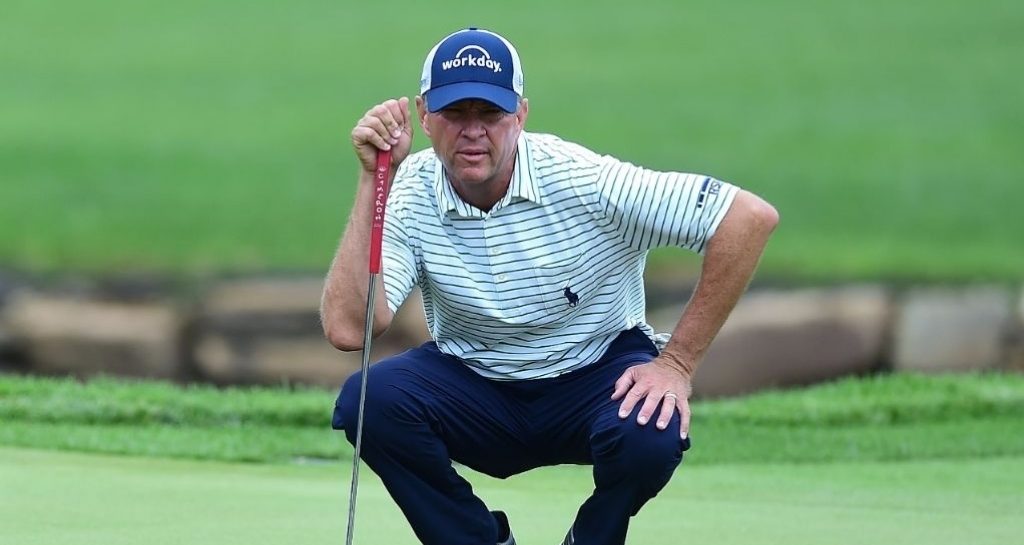 Two-time US Ryder Cup captain Davis Love III turned back the clock to thrust himself into contention at the Greenbrier Classic.

The 53-year-old shot a seven-under-par round of 63 on the opening day of the tournament in Virginia to sit two behind Colombian Sebastian Munoz.

Love will enter the World Golf Hall of Fame in September and hasn’t won a PGA Tour event since 2015, yet in his best round of the season, the American showed some of his former magic.

“I’ve been working real hard the last couple of weeks on trying to fix my swing to kind of swing around a stiff back and a stiff hip,” said Love.

“I’ve given up on hitting it a long way. I’m just saying I’ve got to hit it straight, and this is the perfect golf course for me to get it in the fairway. A lot of hard work is kind of starting to pay off.”

Munoz, 24, is at the opposite end of his career, yet broke the tournament’s opening round record with a nine under 61.

It was the best round that Munoz has produced in his fledgling year on tour and featured nine birdies down the back nine.

Munoz led for two rounds at the FedEx St Jude Classic earlier this season before finishing in joint 60th spot and is trying to ignore his role as the front-runner.

“I know I’m in a tough spot, and just trying to make the best out of it,” he said.

“Not trying to think too much into it how lucky or bad things are going. I have the chance to play, and here I am.”