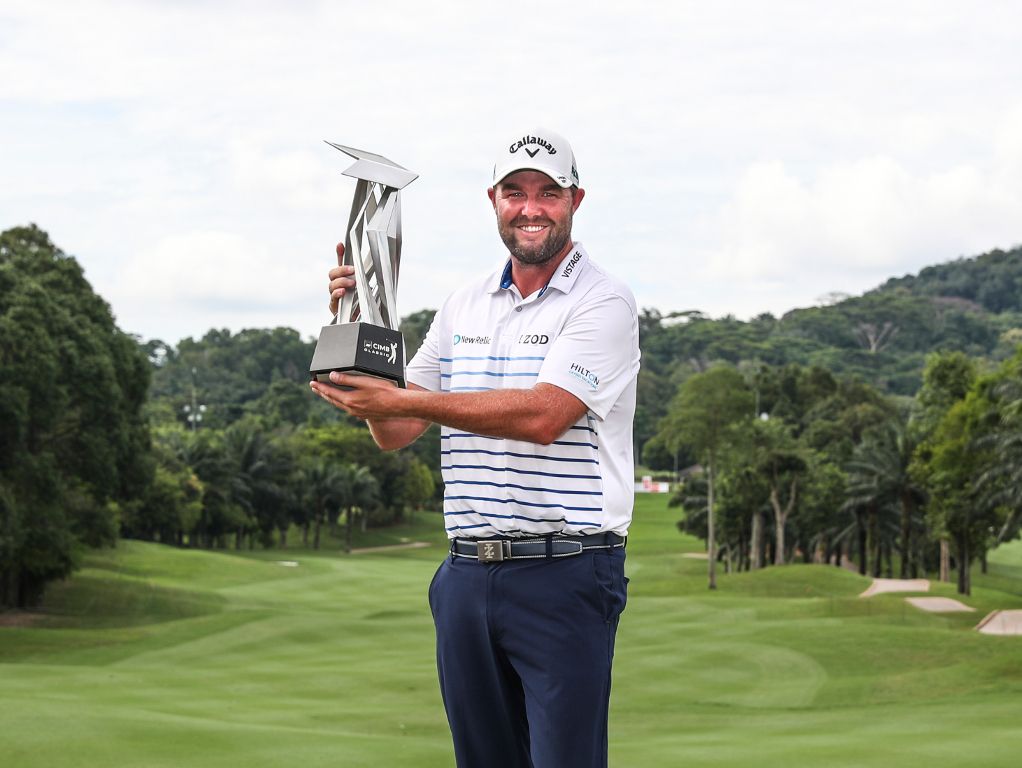 Marc Leishman picked up his fourth PGA Tour title when he eased to a comfortable victory at the CIMB Classic in Malaysia on Sunday.

Locked in three-way tie for the lead overnight, the Australian pulled away from the rest of the field with a final round seven under 65 at TPC Kuala Lumpur, his fourth consecutive round in the 60’s this week.

Leishman moved away from the field with a birdie blitz on the front nine, where he made four consecutive gains from the second to the fifth before adding another at the ninth to make the turn on five under.

Already with a comfortable cushion over the chasing pack, Leishman picked his shots around the course on his way to a five stroke win over Americans Chesson Hadley and Bronson Burgoon, while Argentine Emiliano Grillo joined them on 21 under.

Leishman becomes the first non-American to win the tournament since its inception in 2010 and earns him a $1 260 000 paycheque.