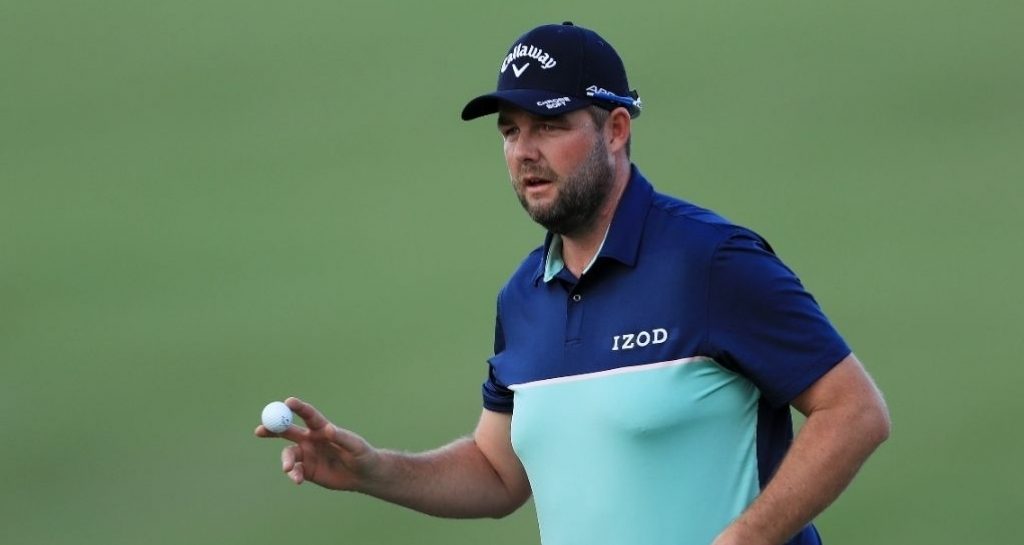 Marc Leishman continued his 2017 form on the opening day of the year’s first US PGA Tour event.

Leishman sank eight birdies at the Tournament of Champions, in Hawaii, during a six-under round of 67 to secure a one-shot overnight lead.

The Australian enjoyed a superb end to last season after winning the BMW Championship and finishing in the top four on four occasions in his final six starts.

And the world number 12 showed that form with a birdie on the very first hole, with even a bogey on the third failing to dint his confidence. More birdies followed on five, seven, eight and nine before gaining more shots on 10, 11, 15 and 17.

“Played well, drove ball pretty well with exception of a couple of drives and putter was really solid,” Leishman told the Golf Channel.

“Happy with eight birdies, good start to a nice tournament.”

For eagle, at the last …

Leishman boasts a slender advantage over Brian Harman and Jhonattan Vegas, who both fired five under 68s for a share of second – use a Sun bets bonus if you think his form will continue.

The trio of Rickie Fowler, Dustin Johnson and Si Woo Kim are in joint fourth at fourth under, while Hideki Matsuyama, Patrick Cantlay, Kevin Kisner, Billy Horschel and Kyle Stanley are one further back at three under.