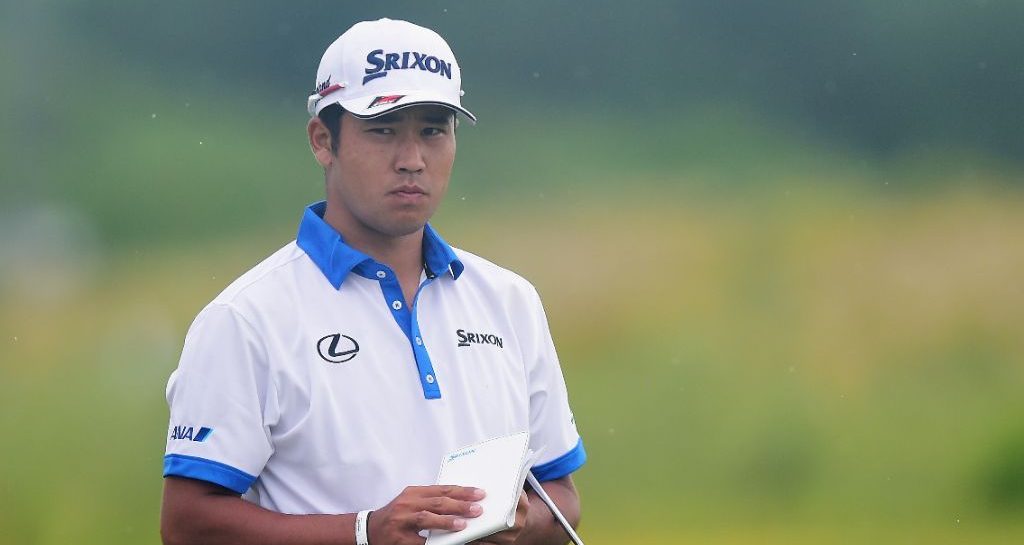 A late burst from Hideki Matsuyama saw him earn a share of the Memorial Tournament lead alongside newcomers Joaquin Niemann and Abraham Ancer.

Japan’s Matsuyama soared up the leaderboard over the back nine to finish the opening day in Ohio at seven under par. The world number 10 grabbed birdies on four successive holes from the 13th, before sinking an eagle from 137 yards on the 17th.

It was enough to move him into a three-way lead, alongside Niemann, who continued the outstanding start to his professional career. On only his fifth PGA appearance, the Chilean made all 16 of his putts from within 10 feet.

Ancer, meanwhile, also shot a 65, as he looks to secure a third top 10 finish of the season.

“As the round went along, I played better and better,”; said Matsuyama.

“The last couple of months have been trying. I’m just really glad that I was able to play well today and post a good score at the start.”

The trio boast a one-shot advantage from America’s Beau Hossler, with world number eight Jason Day the highest ranked player on the leaderboard after sinking four birdies in his opening six holes during a 68.

Five-time winner Woods is seven shots adrift after an even par round of 72. He grabbed three successive birdies on the back nine to cancel out a double bogey on the 15th – his sixth.

“I wasn’t rotating well, my back was tight,” said Woods.

“I have days like that, my back is fused. I don’t have any pain, thank God, it’s just tight.”