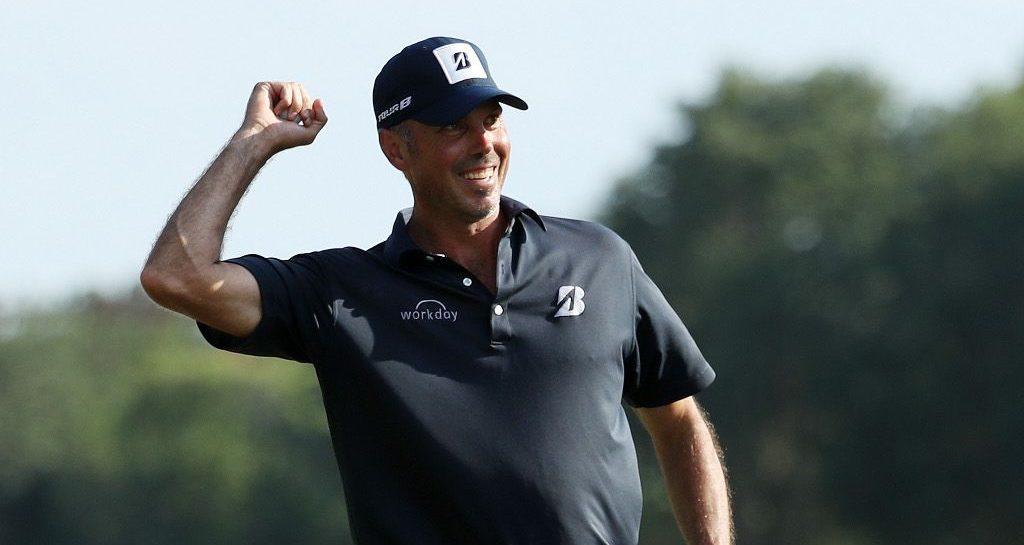 Matt Kuchar held his nerve to complete a wire-to-wire victory at the Mayakoba Golf Classic – his first win since 2014.

Kuchar started the final round in Mexico with a sizeable four-shot lead after dominating the opening three days of competition, but would ultimately triumph by just one shot after closing with a nervy two-under-par 69.

After playing the first 13 holes in four under par to keep his rivals at bay, Kuchar made successive bogeys at 14 and 15 – both three-putts – as his round threatened to unravel.

Behind him, New Zealand’s Danny Lee was putting together an impressive round and threatening to catch up.

Lee birdied the 16th hole to get within one shot of Kuchar, but the American was able to par his way home to hold on for the long-awaited victory, making a three-footer at the last to seal the deal.

This is his eighth victory on the PGA TOUR.#LiveUnderPar pic.twitter.com/7KYF6LXJYV

Lee would go on to card an impressive 65, but will be left ruing the bogey at 15 that spoiled an otherwise faultless card and prevented him from forcing the play-off.

As for Kuchar, it’s his eighth PGA Tour title, and first since the 2014 RBC Heritage more than four and a half years ago (cooincidentally, Lee Westwood broke a winless drought of the exact same length at the Nedbank Challenge earlier on Sunday. Both men last tasted victory in April 2014).

American JJ Spaun was third, two shots behind Lee, after a 66.

Further down the field, Jim Furyk shot 67 to tied for 6th, while Rickie Fowler closed with a 67 to tie for 16th.