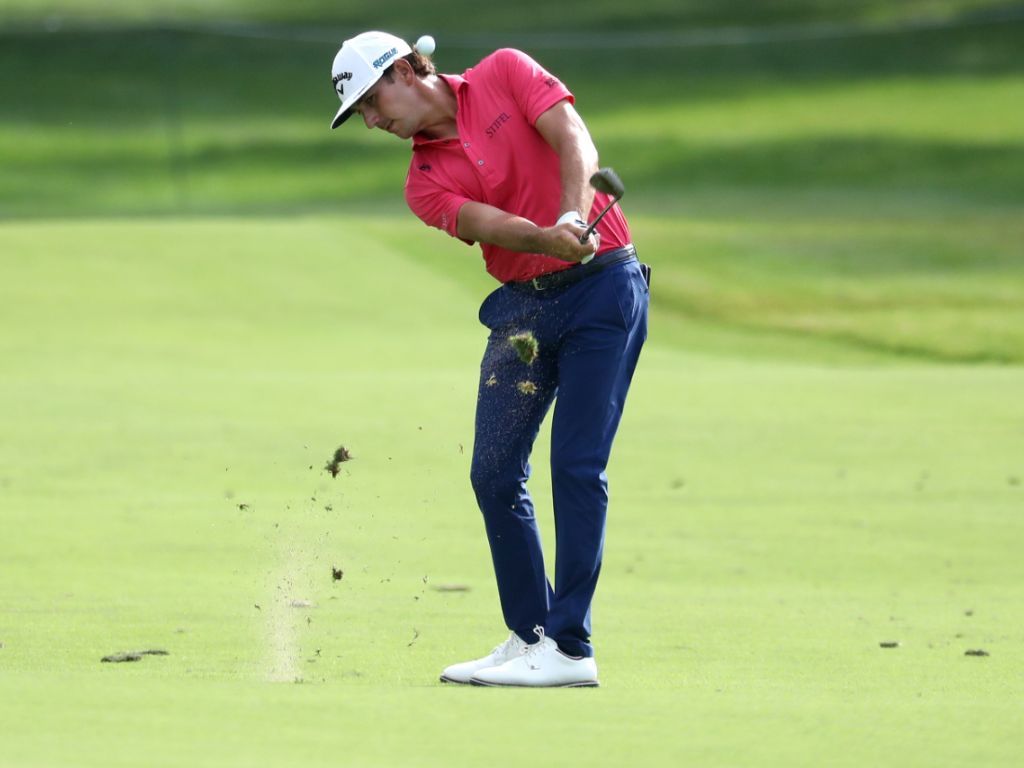 Kelly Kraft put himself in contention for a maiden PGA Tour title after taking a one-shot lead at the halfway point of the Greenbrier Classic.

Kraft shot a seven under 63 on the second day at White Sulphur Springs to edge ahead of fellow American Webb Simpson and India’s Anirban Lahiri.

Lahiri had set the early pace with a round of 61, before first round leader Simpson followed up his opening round 61 with a 67.

But Kraft – who has missed the cut in seven of his last 10 events – leapfrogged both of them to take the outright lead after sinking eight birdies during his round to move to 13 under overall.

“I made a lot of putts out there. Anytime you shoot 63 I guess you have to,” said Kraft.

“I felt like I played good last week, it was just a couple breaks here and there. Missing a cut is easy to do out here.

“But I’ve changed a couple things in my attitude and I just feel like I’m ready to keep playing good.”

Lahiri is also looking for a first PGA Tour win, although he has finished in the top 20 in each of his last two tournaments.

“I need to keep grinding. You can really be aggressive on the greens. If I keep myself in play I like the way the golf course sets up.”

Jason Kokrak is two off the lead at 11 under, while fellow American Harold Varner III and South Korea’s Kim Meen-whee lie at 10 under.