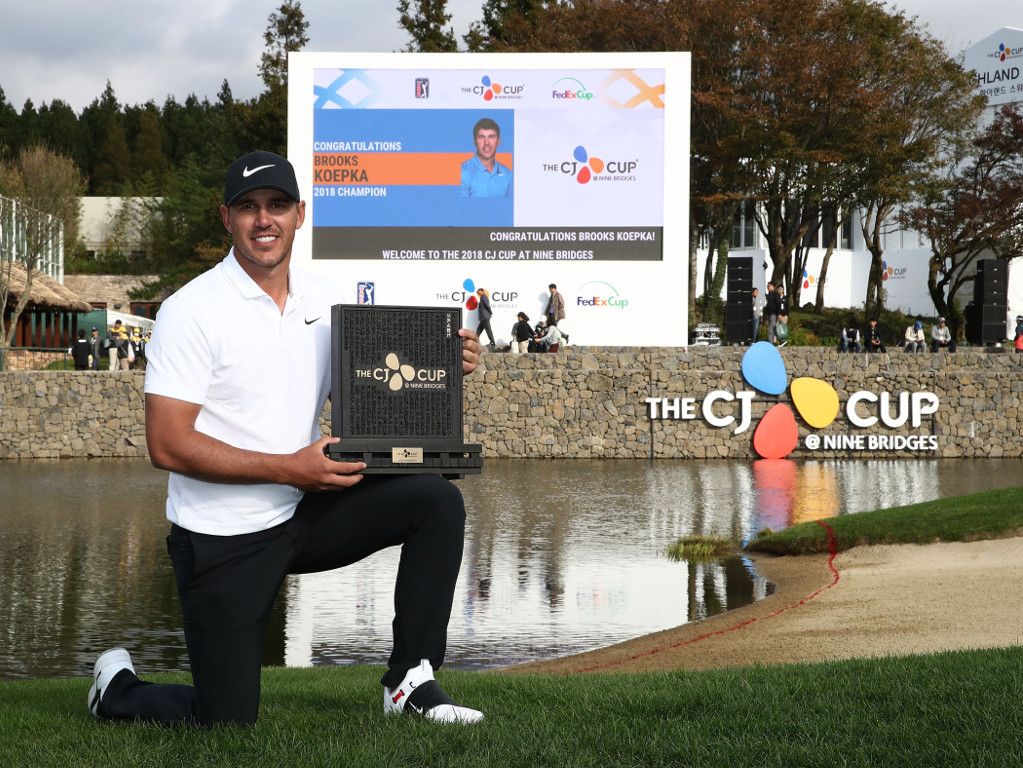 Brooks Koepka enjoyed a superlative Sunday at the CJ Cup to win by four strokes and secure the world number one ranking for the first time in his career.

The American fired a final round eight under 64 on the Nine Bridges course in Incheon, enough to take him to 21 under, four ahead of a charging Gary Woodland who would finish in solo second.

While Koepka went into Sunday with a four stroke lead, Woodland was on the march, levelling with Koepka on the back nine. But the best of steely-eyed Koepka was yet to come.

The three-time major winner was sublime under pressure on the back nine, nearly acing the par three 13th then chipping in for birdie on the 16th, which saw him go three shots up with two to play.

Woodland needed a strong finish to perhaps eke out a playoff but he failed to get up and down for par at the 17th, leading to his second bogey of the day and effectively ending his chances.

To make the victory emphatic, Koepka rolled in a 25-footer for eagle on the par five 18th to secure his fifth PGA Tour victory since turning pro in 2012.

“Everything I’ve done this year it’s been working…so I don’t want to change anything,” said the 28-year-old afterwards.

“Just keep improving. I’m so excited right now, you have no idea. I can’t wait to go play again.”

The round of the day belonged to Ryan Palmer, who set the course record with a sensational ten under 62, which included a stretch of seven consecutive birdies on the back nine. The American would finish in third as a result, tied with the ever-consistent Rafa Cabrera-Bello of Spain.