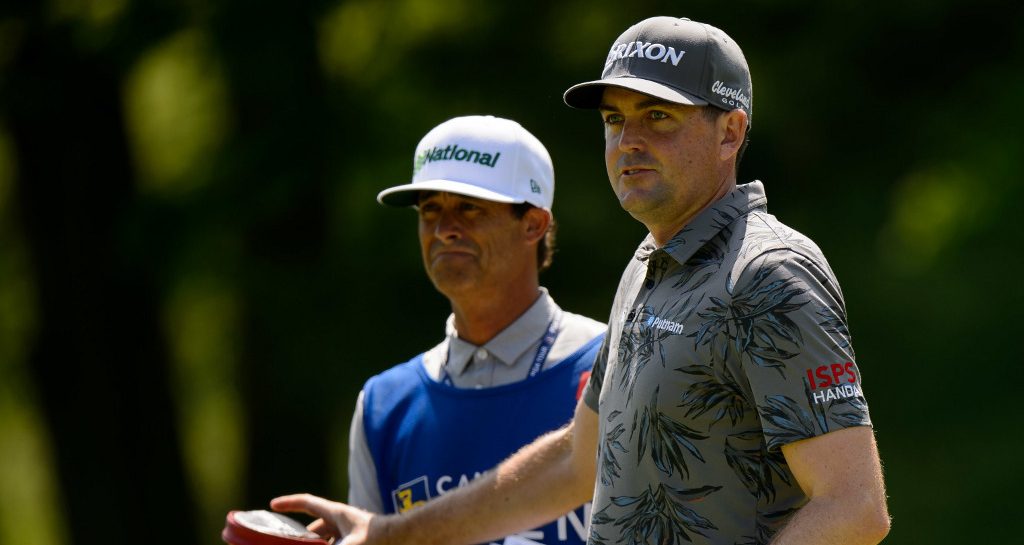 Keegan Bradley holds a one-shot lead after the opening round of the RBC Canadian Open, while Brooks Koepka lies seven shots back.

Bradley fired seven birdies in a bogey-free 63 at Hamilton Golf and Country Club near Toronto to grab the first-round lead at the last tune-up for the US Open at Pebble Beach.

“It was just solid top to bottom,” said the 2011 PGA Championship winner. “I hit almost every fairway, almost every green and then holed some putts.

“With me, it’s all about the putter. When that thing gets going I can do stuff like I did today.”

Bradley actually started slowly on Thursday with six straight pars but then got seriously hot with six birdies in seven holes form the seventh through the 13th.

“I was hitting a lot of good shots and I actually had a couple of pretty brutal lip outs,” he said. “I just kept telling myself keep going, don’t try to force these putts in and sure enough right after that they started going in.”

“I played well,” McIlroy said. “Definitely an improvement on how I played last week at the Memorial.

“I really feel like it’s the worst I could have shot.”

It was not a good day by Brooks Koepka’s recent standards, however. The World No 1 hit 16 of 18 greens in regulation, but could only manage two birdies and two bogeys in an even-par 70 that leaves him seven shots back.

He didn’t seem too worried by the performance on the greens, however.

“I actually thought I played really well,” he said.

“I struck it beautifully. I gave myself some good chances, just didn’t capitalize. Two birdies, it very easily could have been five or six.”