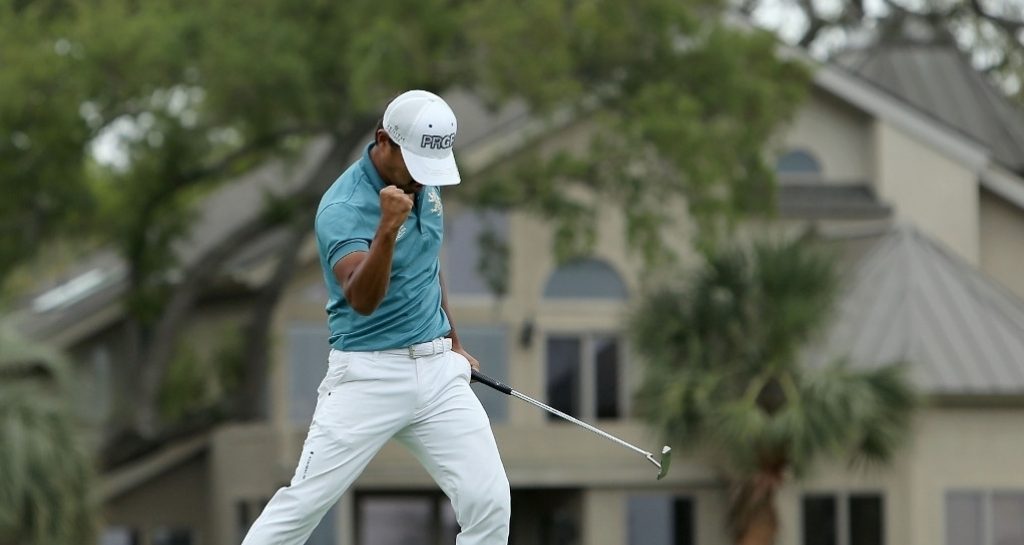 World number 46 Satoshi Kodaira came from six strokes behind to win his maiden PGA Tour title at the RBC Heritage on Sunday.

The Japanese star closed with a superb five under 66 around the Harbour Town Links to earn himself a spot in a playoff with fellow Asian pro Si Woo Kim.

The duo then went back to the 18th tee, where they matched each other with pars twice over. The playoff then retreated further to the 17th, where both players found the par three green.

Kodaira proceeded to drain a curling 25 footer, leaving Kim with  a 21 foot putt to keep the playoff going. Unfortunately for the South Korean, he came up short, handing Kodaira a memorable victory.

Meanwhile, Ian Poulter capitulated to card six bogeys in a disappointing final round of 75 which was good enough for T7. American pair Bryson DeChambeau and Luke List would finish tied for third.  World number one Dustin Johnson closed with a solid 67 to finish T16., enough to keep his ranking.