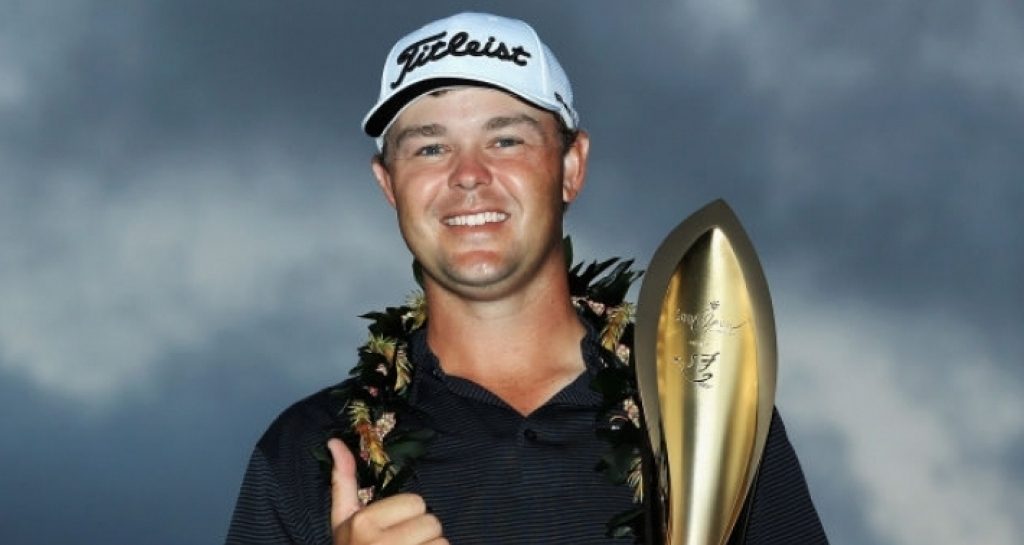 Patton Kizzire held his nerve to triumph at the sixth extra hole on Sunday, beating James Hahn in a playoff to claim the Sony Open title in Hawaii.

It was the 31-year old’s second PGA Tour win in three months after his victory in the OHL Classic back in November.

Kizzire had earlier finished his final round with a two-under par 68 for a total of 17 under, tieing with Hahn who completed a superb eight-under round of 62 to storm up the leaderboard.

Hahn missed a chance for the win on the fifth extra hole when he slid a five-foot birdie putt past the hole, Kizzire taking advantage at the next.

It was a wild week at Waialae. Relive all the action in just :6⃣0⃣!

Overnight leader Tom Hoge, who was looking to become the fifth first-time winner on the PGA Tour this season, missed out as he shot an even-par 70 to finish third at 16 under, a double-bogey six on the 16th putting paid to his chances.

"I played pretty well, and I felt like today I had pretty good belief in myself that I could get it done," Hoge said. "Felt good the whole way. For sure, it helps. The next time you get back, it will make it a little easier."

Defending champion Justin Thomas shot a two-under par final round of 68 to tie for 14th place at 12 under par alongside Daniel Berger, Zach Johnson and Jerry Kelly.

"I played well this week. I'm pretty disappointed with where I'm going to end up finishing," Thomas said. "I played way better than this. I should have not only, I feel like, won the golf tournament, but I should have had a chance coming down the back nine."

Jordan Spieth finished with a second straight 66 to finish tied for 18th at 11 under par.