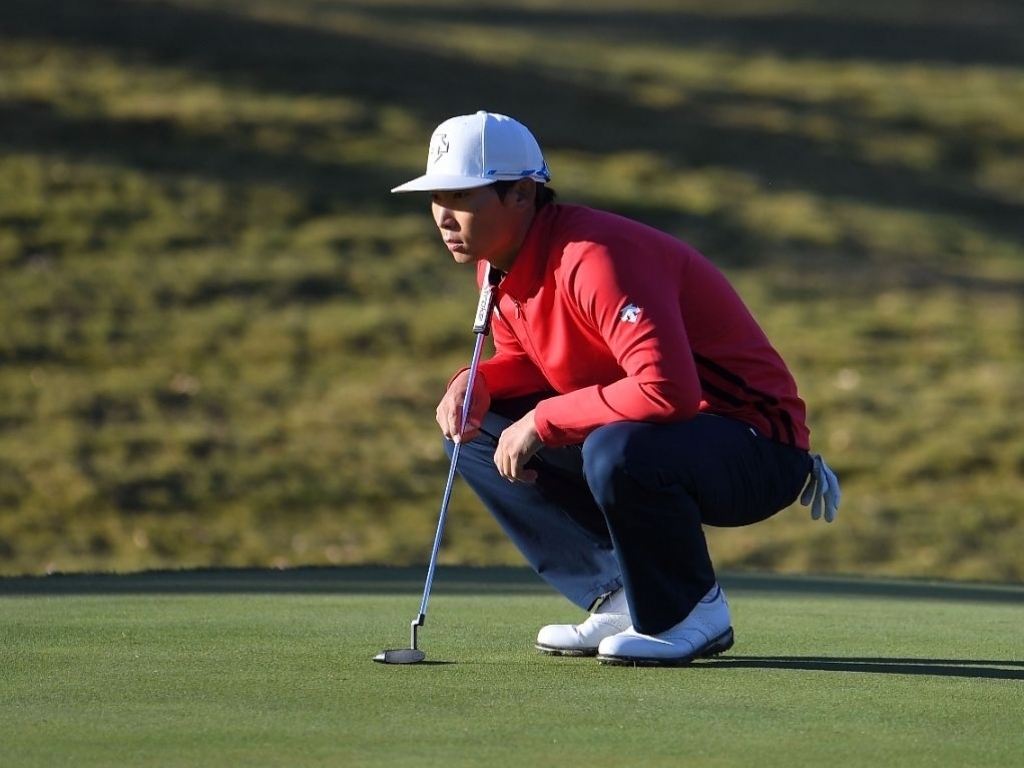 South Korea’s Kim Meen-Whee boasts a one-shot lead at the Shriners Hospitals for Children Open after birdieing two of his final three holes.

Kim shot a six-under 65 on the opening day of the tournament in Las Vegas after scoring birdies on all three of the par five holes.

It gave him a slender advantage over the quartet of John Huh, J.J. Spaun, Ryan Blaum and Alex Cejka, while Jimmy Stanger was also at five under with three holes to play, before play was suspended because of darkness.

Kim – who finished fourth two weeks ago at the CJ Cup, in South Korea – said: “I had a really good putting all day.

“Didn’t miss any putts. I think I didn’t do any stupid mistakes all day. I think that was key. The greens were a little slower than what I expected like the last two years. But it was still fast and firm.

“It’s a nice start. I feel more comfortable. I played really good and my fans were really happy.”

Huh birdied four of the last six holes on a day where he only had 24 putts, while Spaun rebounded from back-to-back bogeys to birdie three of the last four.