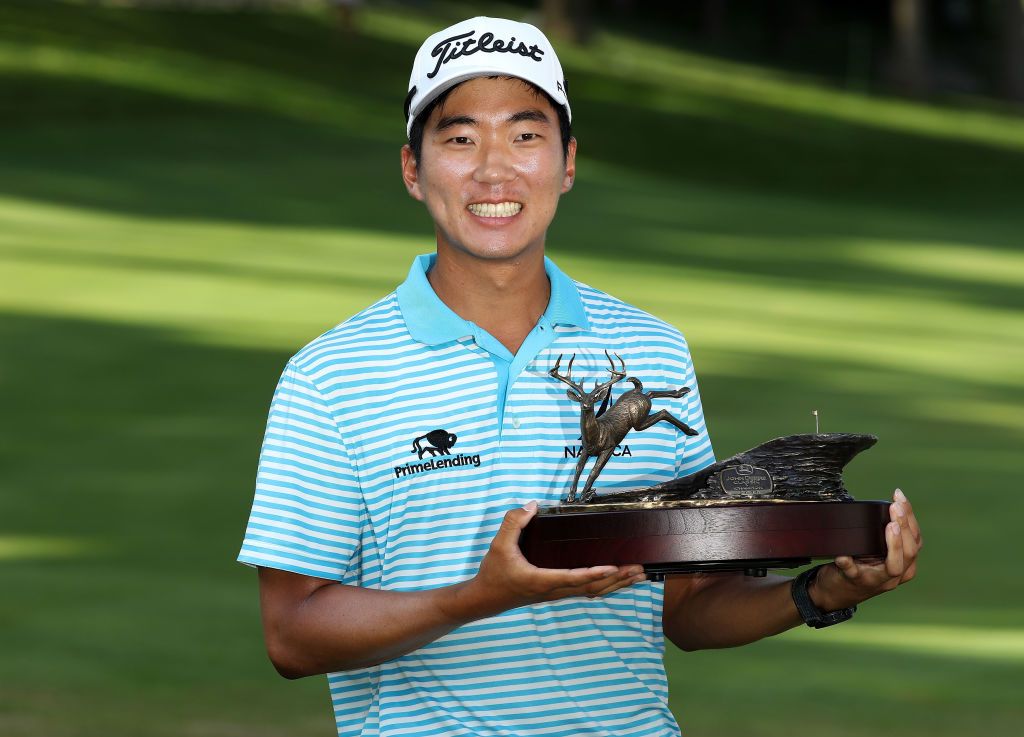 Michael Kim won his first PGA Tour event on Sunday at the John Deere Classic, and he did so in spectacular style.

Without a win and only one top-10 finish in five years on tour and 84 career starts, Kim erased that unwanted record with a stellar final round 66 to finish eight strokes clear of the field on 27-under par.

The victory was even more special as it earned the 25-year old over a million dollars in prize money, a two-year tour exemption and a trip to next week’s Open Championship.

Golf is a funny game. ⛳ pic.twitter.com/K25NjjkJMF

Any doubts that the overnight leader may have had about throwing it away were quickly dispelled as Kim started on fire, birdieing his first three holes to stretch his lead even further.

Further birdies at eight and 16 saw Kim complete a blemish-free final round in front of his family, who made a surprise trip to Illinois to see him complete his first win.

“I teared up a little bit on the green,” Kim said. “To see my parents here … it made me even more nervous.”

“To be able to finish out in style like this, it means a lot,” he added.

“Even the last couple of weeks, I felt like my game was getting there. I just felt like I needed just a couple of good starts to the rounds.”

Bronson Burgoon, Francesco Molinari, Joel Dahmen and Sam Ryder finished in a tie for second place on 19 under.