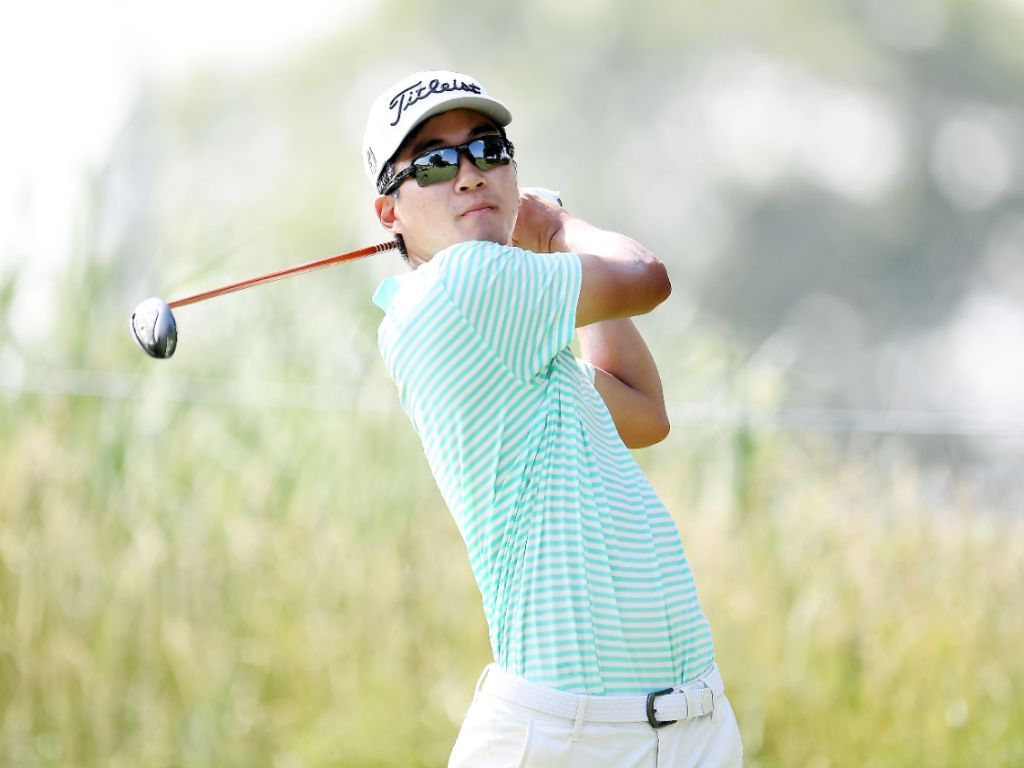 Michael Kim built a four-shot advantage at the John Deere Classic, before the weather brought a premature halt to proceedings in the Quad Cities.

Play was suspended twice on Friday because of stormy conditions, yet it didn’t stop Kim from giving himself a golden chance of lifting a maiden PGA Tour title.

Kim shot eight under from the first 17 holes of his second round before he was forced off the course, with the American moving to 16 under overall.

The 25-year-old birdied eight of his opening 14 holes to give himself breathing space from David Hearn, Johnson Wagner and first round co-leader Steve Wheatcroft.

Wheatcroft had produced the best round of his career in Thursday’s opening round and although he made three bogeys on his back nine on the second day, he remains hopeful of his first top 10 finish of 2018.

“Just need to tighten things up a little bit, and hopefully a good night of rest and get hydrated here and we’ll come back out [on Saturday],” Wheatcroft said.

Hearn birdied three of the four par threes to join Wheatcroft and Wagner in sitting on the heels of Kim.

“I think I just have good feelings around this golf course. I’ve always enjoyed playing it,” said Hearn.

Francesco Molinari is at 11 under, alongside Matt Jones and Bronson Burgoon, albeit the latter still has three holes to complete of his second round.