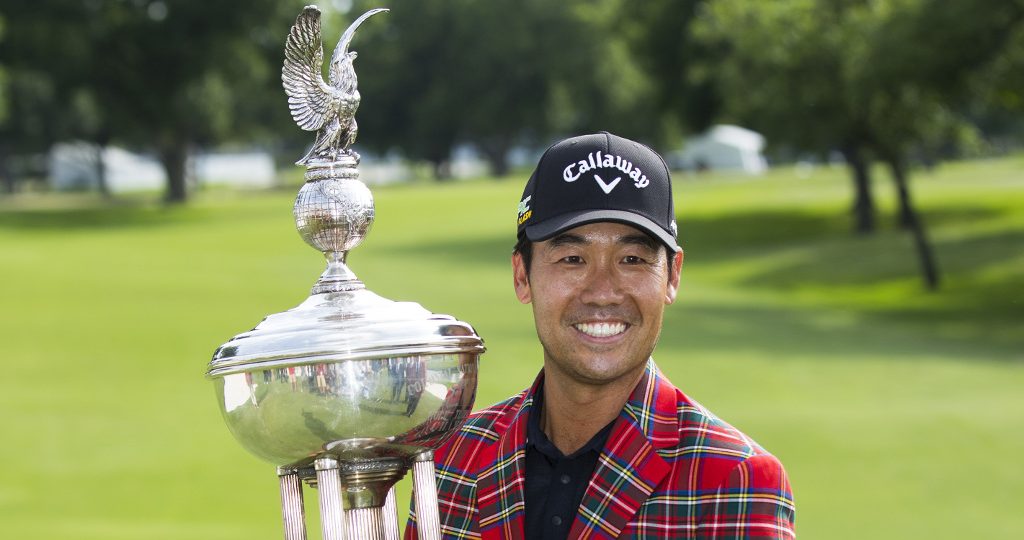 Kevin Na earned a comfortable victory and enjoyed some Sunday silverware at the Charles Schwab Challenge.

The South Korean-born American cancelled out his two bogey with six birdies for a four under 66 around Colonial in Fort Worth, Texas, enough to take him to 13 and a four stroke win over Tony Finau.

Starting the day two shots in the clear, Na rolled in three birdies in his opening six holes, including a 33 foot putt on the fourth, then bounced back from a bogey with a birdie from 200 foot out on the eighth.

“I feel like this week was the next chance at a win, next time I legitimately could contend – and I won,” the 35-year-old told pgatour.com.

A generous Na even parted ways with a 1973 Dodge Challenger, which was part of the winner’s handouts for the 2019 edition of the Charles Schwab Challenge.

“I don’t know how my caddie convinced me to give him the car, but he’s a good salesman I guess,” he continued.

“He sold me into it. But I’m more than happy to give it to him. He deserves it.”

Further down the leaderboard, Finau would finish in solo second with a closing 68, while Jordan Spieth disappointed with a final round 72, seeing him drop from tied for second to T8.