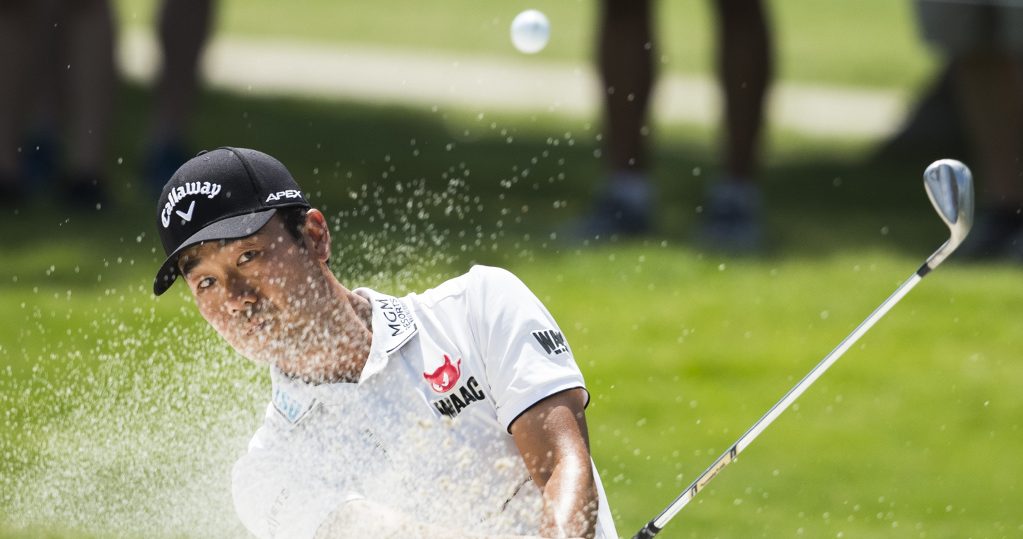 Kevin Na has a two stroke lead going into the final round of the Charles Schwab Challenge on Sunday.

The American signed for a one under 69 around Colonial Country Club on Saturday, a far cry from his sensational eight under 62 on Friday. Nonetheless, it was enough for a two shot cushion over a substantial chasing pack of five players which include superstars Jordan Spieth and Tony Finau.

Na started fast, draining two birdies in the opening two holes and followed with a string of uneventful pars. But on the 11th, things heated up. Playing his second shot out of a fairway bunker, a fans’ cell phone went off at the top of his swing, resulting in a mishit and the ball clipped the top of the bunker.

“He was screaming at her, and he has every right to do so,” said the world number 52.

The thing is, Na didn’t forget about it. His next shot went into a greenside bunker, his fourth flew over the green, his fifth landed short of the green and for some cruel irony, his sixth lipped out. He eventually scribbled down a double bogey seven and went one to card one more birdie on his way home.

“Sometimes it takes a little bit of time to get yourself together after something like that happens and you make a double bogey,” continued Na.

“I think I played pretty solid the rest of the way in.”

Meanwhile, PGA Tour veteran Jim Furyk is part of the chasing pack two shots behind Na after a solid 68. The 49-year-old went on to mix his metaphors with the press.

“I’m not really looking at it as like the glass is half empty, the hourglass has almost run out of sand,” quipped a philosophical Furyk.

“This year has been kind of a new lease on life.”