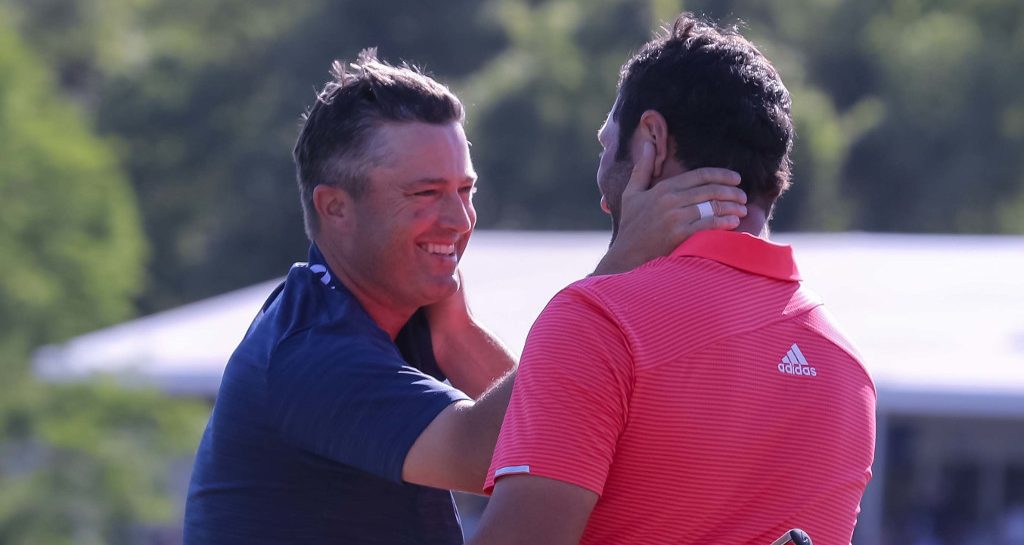 The two-man teams contested four rounds of match play golf to determine the winner, with four-ball (best ball) first and third rounds and foursomes (alternate shot) in the second and final rounds.

Rounds of 64, 65 and 64 at TPC Louisiana had put Rahm and Palmer in a strong position heading into Sunday’s final round, and a closing three-under-par 69 proved good enough to see them finish three strokes clear of Spain’s Sergio Garcia and England’s Tommy Fleetwood on 26 under par.

For Palmer, the victory marks his first PGA Tour title since the 2010 Sony Open in Hawaii.

“My putting was there today. I had some fabulous putts from four to eight feet and they were crucial. It was fun to play with a guy who can hit it as well as he does.”

“This is a very special one,” Rahm said. “It’s special for Ryan and I’m excited to share it with him. He earned it with all the putts he made. He played a lot of good golf.”