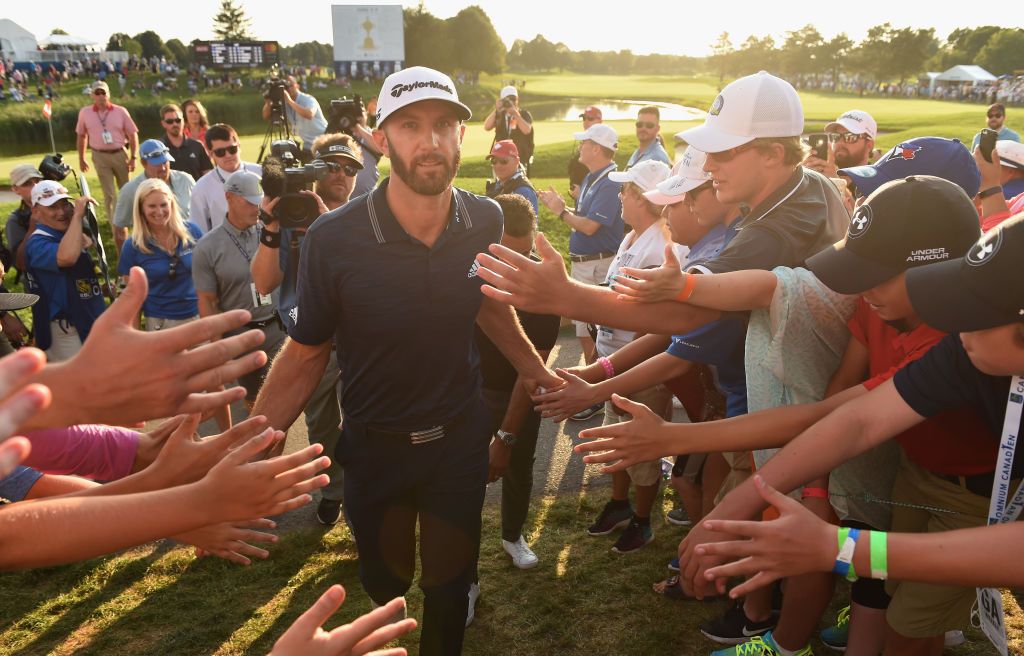 Johnson missed the cut for the first time this year at the Open, but was in fine form at Ontario’s Glen Abbey Golf club as he fired a final round 66 to finish at 23-under for a three-shot victory.

Have 5 minutes?
Want to see a champion dominate?

It was the 34-year-old’s third win of the season and 19th on the PGA Tour. Johnson also won at the Sentry Tournament of Champions in January and at June’s FedEx St. Jude Classic.

Tied with Kevin Tway, plus Korean’s Whee Kim and Byeong Hun An overnight, Johnson moved clear thanks to birdies on the first two holes as he went out in three-under par (32).

Four more birdies, plus a solitary bogey at the 12th saw him home with something to spare.

Kim and Byeong tied for second spot after the duo closed out with 69s to finish on 20 under, while Tway finished way off the pace after carding a 76.

Keegan Bradley, who has now gone five years without a PGA title, holed his second shot at the par-four ninth and birdied his last three holes as he shot a 64 to finish fourth on 19 under.