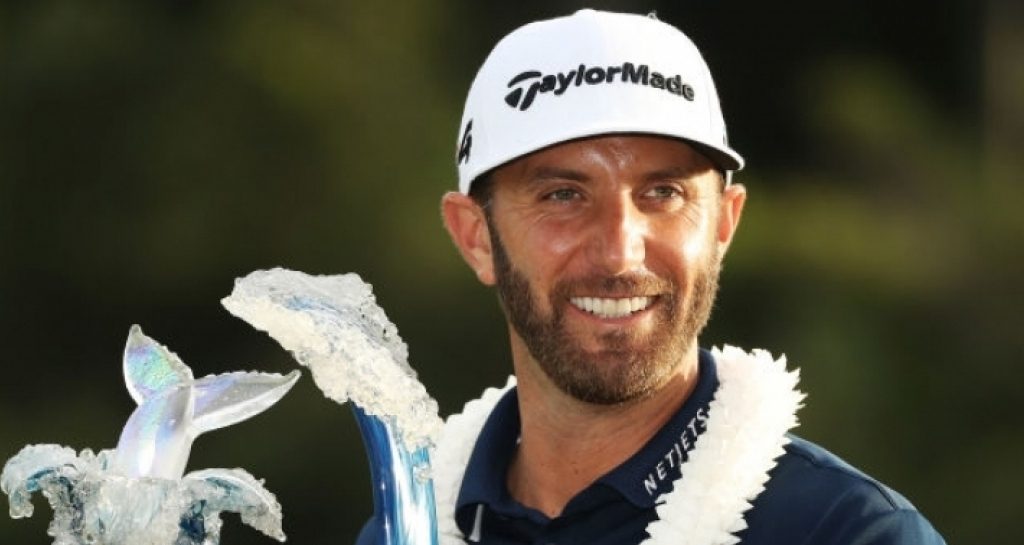 Dustin Johnson backed up pre-tournament talk that he was in good form on Sunday to complete an impressive eight-shot victory at the Sentry Tournament of Champions.

Johnson started the final round with a two-stroke lead, but mastered the wet and breezy conditions at Kapalua to shoot a tournament-low seven-under round of 65 to finish on 24-under par.

The world No 1 assumed control on the front nine with three birdies in four holes starting on the third before completing a superb outward 32 with another birdie at the ninth.

He gave his challengers a glimmer of hope when he dropped a shot at the short 11th hole when his tee shot found the bunker, but few could have predicted what he would do at the next, producing one of the best tee shots of his career to almost ace the 433-yard par four 12th hole.

The drive itself, or that it didn't go in. pic.twitter.com/nQExRTPhqZ

Johnson then followed up that eagle with three consecutive birdies from the 14th to seal a second win at Kapalua after his first in 2013.

Spain’s Jon Rahm took second spot, shooting a four-under 69 to finish on 16 under, while Brain Harman came in third one shot further back after a 72 that included three bogeys on the front nine.

Halfway leader Marc Leishman recovered from his disappointing third-round 76 with a 67 to tie for seventh place alongside Colombia’s Jhonattan Vegas on 13 under, while Open champion Jordan Spieth was one shot further back on 12 under after carding a 69.