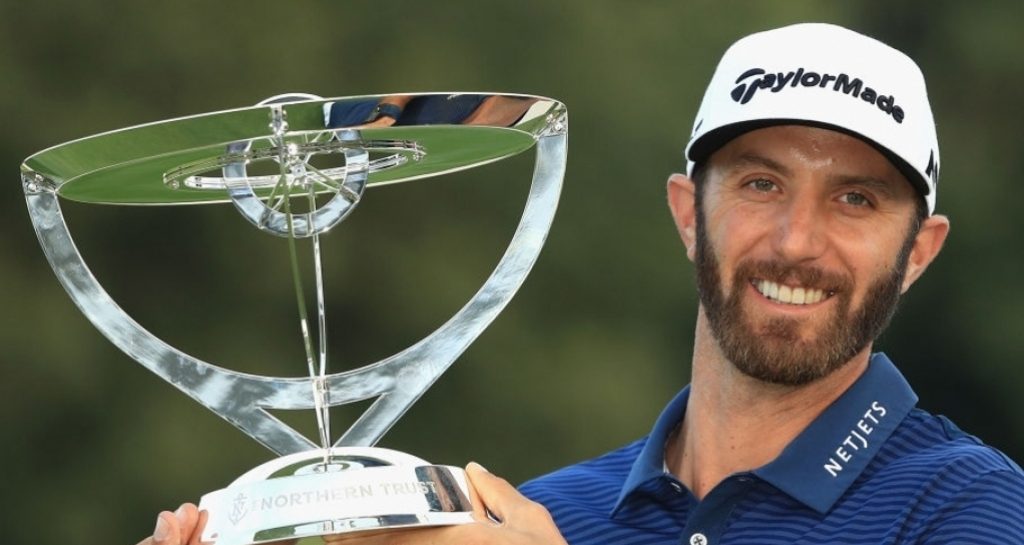 Dustin Johnson staged a remarkable comeback at The Northern Trust in Long Island on Sunday, recovering from a five-shot deficit at one point to edge out Jordan Spieth in a playoff.

Johnson prevailed with a birdie at the first extra hole to win his fourth title this year and the first leg of the FedEx Playoffs after he and Spieth had finished tied on 13-under par.

And the #FedExCup Playoffs are off to a thrilling start. pic.twitter.com/pNyo9G2E0I

Spieth started the day with a three-shot lead and grew it to five after five holes before a double-bogey on the sixth saw him fall to just three shots ahead.

Consecutive birdies from the ninth for Johnson and another bogey for Spieth then saw them tied for the lead going down the home straight, the two grabbing another two birdies each to remain tied.

Johnson then holed a pressure 18-footer for par on the 18th to force the playoff.

He took control as the duo returned to the 18th hole, hitting a huge drive across the lake before nailing a wedge to four feet for a birdie and the win.

Has @DJohnsonPGA ever played a more perfect hole than that playoff birdie? pic.twitter.com/9gUOrTINTB

First round co-leader Jhonattan Vegas finished tied for third with Jon Rahm of Spain on nine-under after the Colombian shot the low round of the day with a 65.