Dustin Johnson in pole position for 20th title at WGC-Mexico 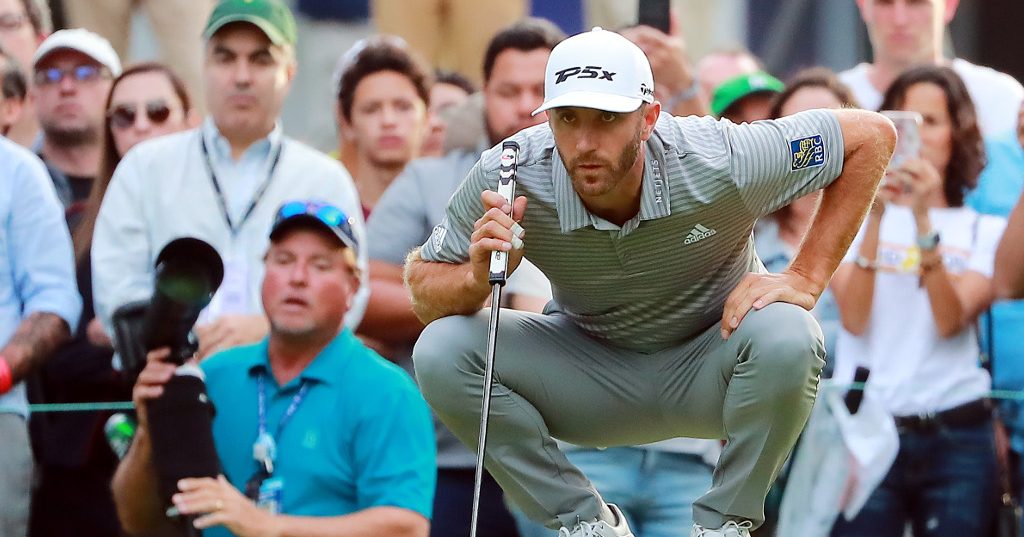 Dustin Johnson endured a tumultuous round at the WGC-Mexico Championship on Saturday, but remains in charge.

The world number three signed for a five under 66 around Club de Golf Chapultepec, enough to move him four clear of the chasing Rory McIlroy who is in splendid isolation in second, three clear of the rest of the field.

Johnson started the day two clear of the Northern Irishman and it was clear he meant business early on. A booming 369 yard drive on the par four second left him just four foot for an eagle, which he gratefully converted. A birdie on the par four fifth pushed him further ahead and when McIlroy carded back-to-back bogeys on the seventh and eight, Johnson found himself six shots ahead.

But golf is a funny game – and regular punters with the likes of pa online sports betting will know all too well.

The American got caught up in the trees on the 10th then made another error in his recovery shot, eventually leading to a double bogey six. Meanwhile, McIlroy had rolled in consecutive birdies, reducing Johnson’s lead to just two strokes.

But Johnson responded with four more gains coming home and a superb up-and-down from 105 yards out saw him save par on the par four 16th.

“I knew I was playing well, so I didn’t really let it bother me,” the former world number one told ESPN.

“I felt like I was swinging good, and I knew I could make quite a few birdies coming in. So it was one of those things where it was unfortunate, but I felt like I kept my focus and played really solid coming in.”

McIlroy believes he is in with a chance on Sunday, but is under no illusions as to the challenge that awaits while Johnson hunts down what would be a 20th PGA Tour victory.

“It’s going to be tough, especially against DJ, who is arguably the best player in the world,” said Wee-Mac.

“So I’m going to have to go out there and just play a good round of golf, and hopefully that’s good enough.”

Behind McIlroy are a host of players three shots back on nine under, including temperamental duo Sergio Garcia and Patrick Reed.

Tiger Woods was within four strokes of Johnson following his woodland adventure, but some poor putting – including a four-putt from 25 feet – would see him card a 70, putting him on six under for the event.