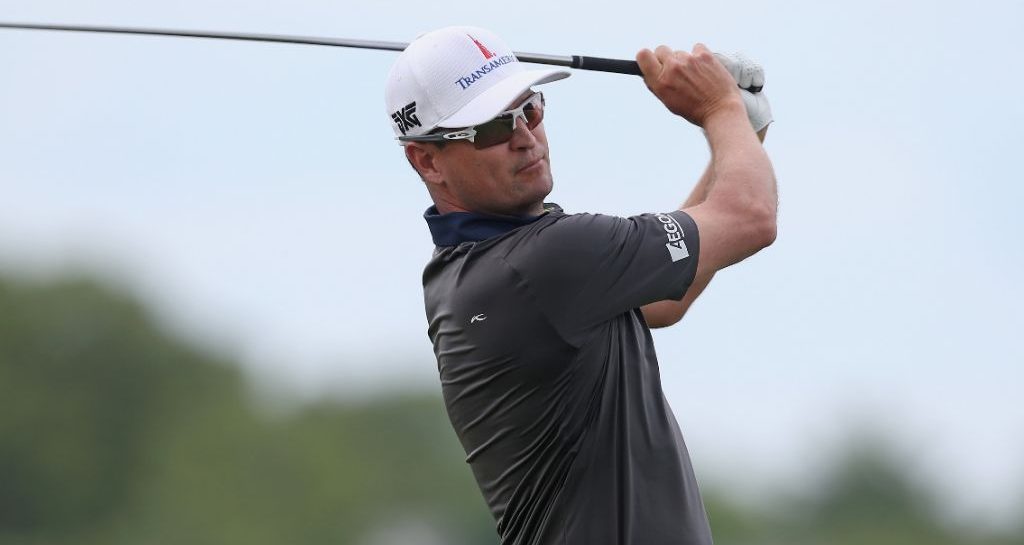 Zach Johnson fell foul of the rule book, as Brian Harman took the outright lead at the halfway point of the Travelers Championship.

Overnight co-leader Johnson was set to retain his position at the top of the leaderboard in Connecticut, but he lost a stroke during his second round when his birdie putt on the third hole took too long to fall into the hole.

The ball hung on the edge of the hole for longer than the maximum 10 seconds before it dropped in – meaning that Johnson was only credited with a par in his two under par round of 68.

He sits one back of the lead.

“After 10 seconds, the ball was moving, and at that point even if the ball is moving, it’s deemed to be at rest because it’s on the lip,” Johnson said.

Johnson lies alongside Russell Henley and Matt Jones at nine under overall – a shot behind Harman, who moved into the lead after a four under 66.

Harman has been in top form on the greens after taking 26 putts during his round – following up from his tally of just 23 in the first round.

“The putter has been really good so far, but I’ve been in position a lot,” Harman said.

“I’ve had a lot of good looks at it. I’m just able to put a little pressure on the course right now, which is nice.”

Paul Casey, Bryson DeChambeau and Beau Hossler are two adrift at eight under, while joint first round leader Jordan Spieth fell down the leaderboard after a 73, which included a triple bogey on the 13th.