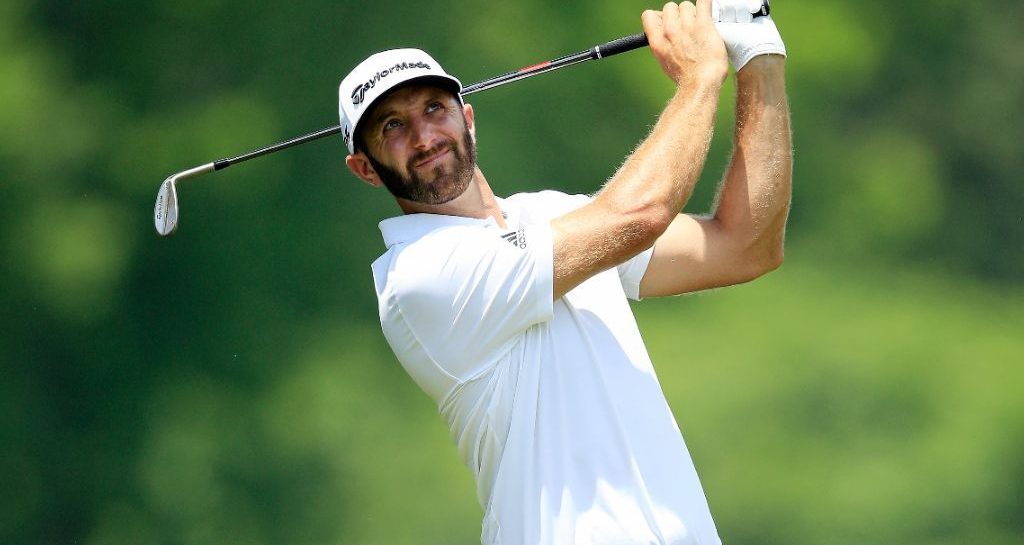 Dustin Johnson holds the lead at the halfway point of FedEx St Jude Classic after an imperious seven under 63 on the second day of the tournament.

The world number two produced a sizzling back nine in Memphis – the highlight coming with a 110-yard eagle from the fairway on the 10th.

Johnson even came close to sinking successive eagles after his approach shot on the 12th rolled just a couple of inches wide of the hole.

But a week before the US Open, Johnson was happy with his return to form as he moved to 10 under overall – a shot ahead of fellow Americans Ryan Blaum and Andrew Putnam. Pan Cheng-tsung and Wesley Bryan are one further back at eight under.

“I hit a lot of great shots and had a lot of good looks at birdies,” said Johnson.

“When you’re around or in the lead you can definitely feel the pressure but I like it.”

While Johnson thrived, some of the other big names in the field struggled to maintain the pressure on the pace-setters on the second day.

Defending US Open champion Brooks Koepka slipped to five shots off the lead after a 69, while Phil Mickelson is one further back after a 70.

Phil finishes with a birdie. 🐦

An even-par 70 keeps Mickelson at 4-under, six shots back, at the @fesjcmemphis.#QuickHits pic.twitter.com/yqlEEJfPLU

“I didn’t really have it today but I was able to close out the round with a couple of birdies and get it back to even,” said Mickelson.

“My iron play needs to be a little bit better. And when I miss a green I’ve got to be sharper around the greens.”