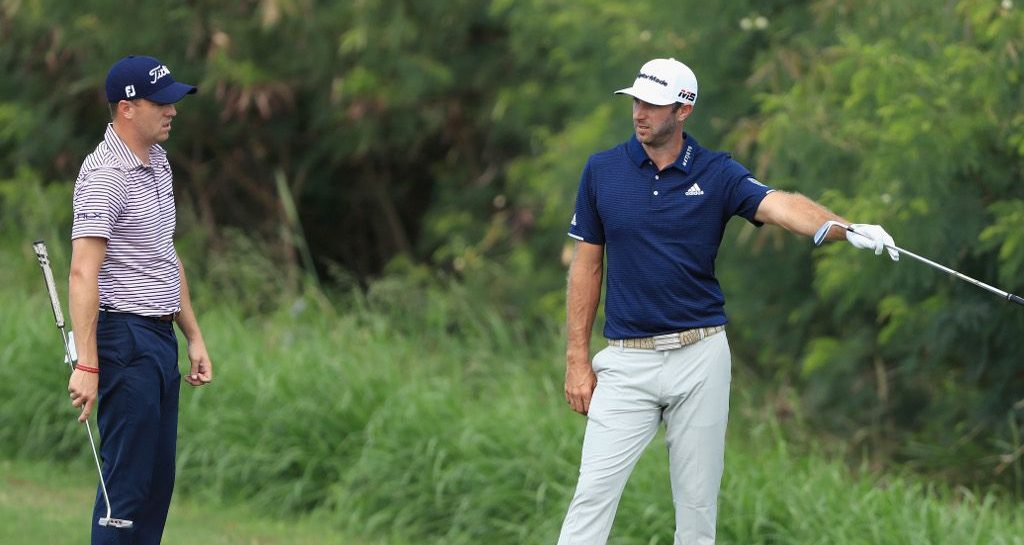 Dustin Johnson said he will never make the same mistake again after receiving the first penalty of the 2019 at the Sentry Tournament of Champions on Friday.

The American made a double-bogey six at the par-4 fourth hole after accidentally hitting the wrong ball.

He had his tee shot left of the fairway into a native area and by the time he got there a marshall had already marked the spot and told him where the ball was.

Spotting a TaylorMade ball in the thick stuff, Johnson hacked it out, then walked up about 20 yards and saw his actual golf ball, still lying in the spot he had hit it to.

“That’s what made me realize it wasn’t mine,” Johnson said.

The end result was a two-stroke penalty, a double-bogey, and a one-over-par 74.

“I could see the (TaylorMade) logo on the side so obviously I just assumed it was mine,” Johnson said. “That won’t ever happen again.”

Johnson said the incident was unfortunate and he didn’t blame the marshall who pointed him toward the wrong ball.

“It’s not his fault,” he said. “Just gotta keep going on about my day. Hopefully it gets better and it didn’t.”