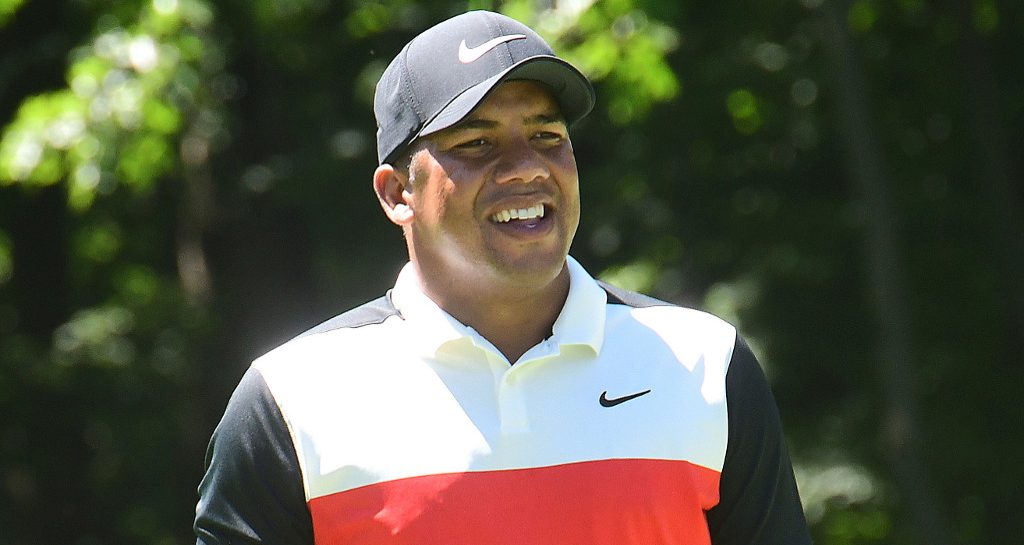 Venezuela’s Jhonattan Vegas is the new leader at the John Deere Classic, while Lucas Glover put himself in contention after making a rare albatross.

The 34-year-old carded the second lowest round of his career – a nine-under-par 62 – to take his total to 13-under 129 after 36 holes at TPC Deere Run in Silvis, Illinois.

Vegas lies one stroke clear of American Andrew Landry, who shot a second successive 65, and a further shot clear of Lucas Glover, who made a rare albatross at the par-5 10th on the way to a 64.

Glover, the 2009 US Open champion, holed out with a 3-iron in hand and 255 yards left to the hole. His ball bounced four times before rolling onto the green and into the cup.

“I was trying to hit it short and left and I pushed it and it went in,” he said. “I hit it solid. I was just trying to make birdie and got lucky and made a two.”

Leader Vegas is seeking his first PGA Tour title since the 2017 Canadian Open, and fourth overall. A top-five finish would also see him qualify for next week’s Open Championship.

The University of Texas graduate revealed that a swing change implemented only this week has led to a big difference in his game.

“Phenomenal round. I felt absolutely in control with my irons the whole round. It has been a long time since I felt this good,” Vegas said.

“I decided to reset my posture, get in a little bit different posture, and it was magical. Everything started to go in.”