Jason Dufner in unfamiliar territory at Wells Fargo after stellar 63 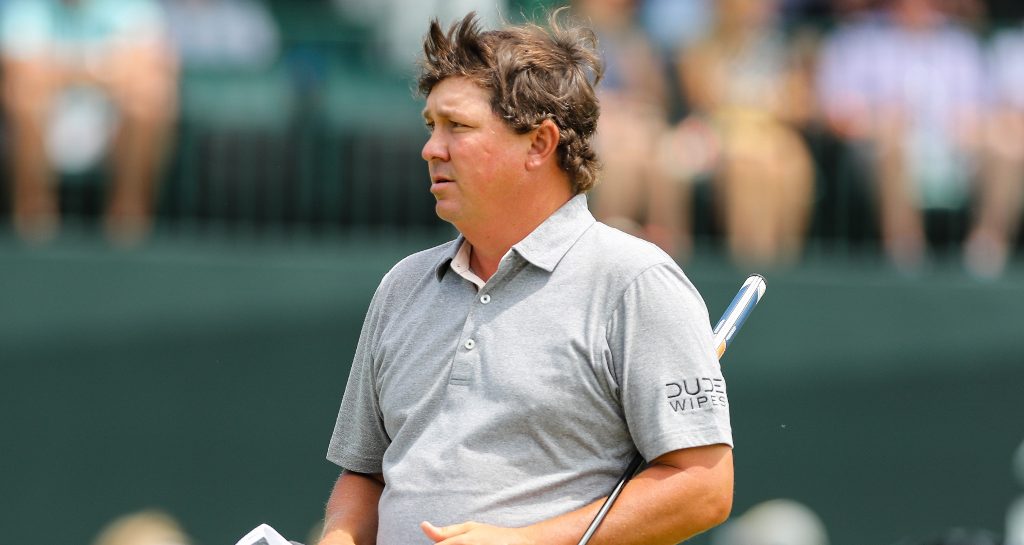 Jason Dufner admits it’s been a while since he’s found himself leading a PGA Tour event, after shooting a stellar eight-under-par 63 at the Wells Fargo Championship.

The American, who shot to fame after winning the PGA Championship eight years ago, fired seven birdies and an eagle at Quail Hollow on Friday to take a one-shot lead over fellow Americans Joel Dahmen and Max Homa on 11 under par.

“It has been a while since I’ve been in the lead or competing for a tournament,” said Dufner, who currently finds himself down in 230th place in the world rankings.

“But I know what that feels like. I’m just going with it, you know?”

Dahmen shared the overnight lead with Rory McIlroy and managed to stay there or thereabouts courtesy of a second successive 66.

Homa, meanwhile, joined him in a share of second place after matching Dufner’s 63.

As for McIlroy, he still lies in fourth place albeit a full four shots behind Dahmen and Homa, and five behind Dufner, after following up his opening 66 with a far more sedate one-under 70.

It could have been better but the Northern Irishman had no luck on the greens and hardly sunk anything.

The day belonged to Dufner, however, who matched the lowest round of his career after missing eight cuts in 15 prior tournaments so far this season.

He’s also on his fourth caddie of the year after parting with swing coach Chuck Cook.

“My window’s pretty short on my career,” said the 42-year-old. “I’ve probably got three or four more really good years left in me, so I’m not trying to be mediocre or average.”