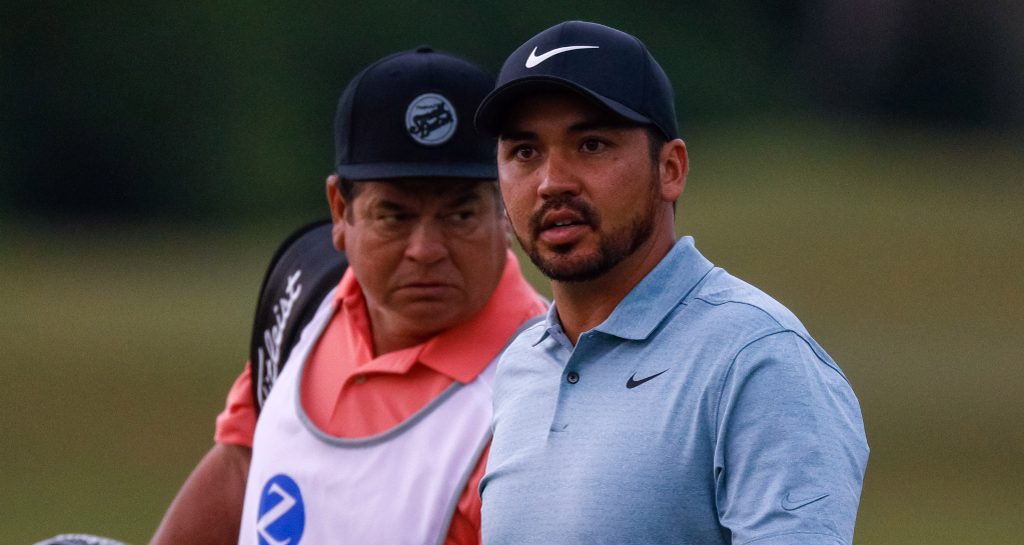 Jason Day will be trying out a new remedy at this week’s Wells Fargo Championship as he continues to battle chronic back pain.

The Australian is the defending champion at Quail Hollow this week and reckons he is feeling pretty good, all thing considered.

Day has battled back problems throughout his 11-year career, with the most recent episode coming as recently as the Masters two weeks ago, when a simple lean to kiss his daughter Lucy moments before the start of the first round caused his back to seize up.

After receiving treatment from a trainer on the second tee, Day managed to play through the pain, and he ultimately recovered to play the whole tournament and finish a more-than respectable fifth.

But the reality is his health remains a constant concern, and after a decade of dealing with the problem, he’s not afraid to try new remedies.

“I was explaining the other day that I was blowing into balloons,” Day told reporters at Quail Hollow on Wednesday. “Which is crazy, because I haven’t really trained at all this year because I’ve been so sore.”

The balloon therapy, which takes about 20-30 minutes twice a day, is supposed to help get his rib cage, hips and shoulders aligned, thereby alleviating pressure on his back.

“Blowing into balloons, that’s as far as I go,” he said of the therapy. “Long story short, I try to keep my rib cage down. My rib cage gets up and then it blocks my mid back and then I can’t really turn. So I get it from somewhere else and that’s why my back flares up.

“I’ve got a guy that I pay and he does a really good job with my back.”

For Day, dealing with injury concerns have become a constant part of his life and his golfing career. Aside from his troublesome back, he’s also had to deal with thumb and shoulder injuries, while he also suffered a vertigo attack during the 2015 US Open.

The 31-year-old admits the cumulative effect of it all does take a mental toll.

“It’s hard. You have an injury, you feel like your world’s ending because this is all you know and this is all you do. You’re a professional golfer and this is kind of how you live your life. This is my life. Outside of my family, golf is it,” he said.

“Sometimes it’s difficult … to ever think, ‘Is that the final thing that’s going to push me over the line to actually hang up the clubs?’ Having a good wife, having a good support system around you, knowing that it’s not about right now. It’s trying to build to get back to peak performance. That’s what you’re trying to do.”