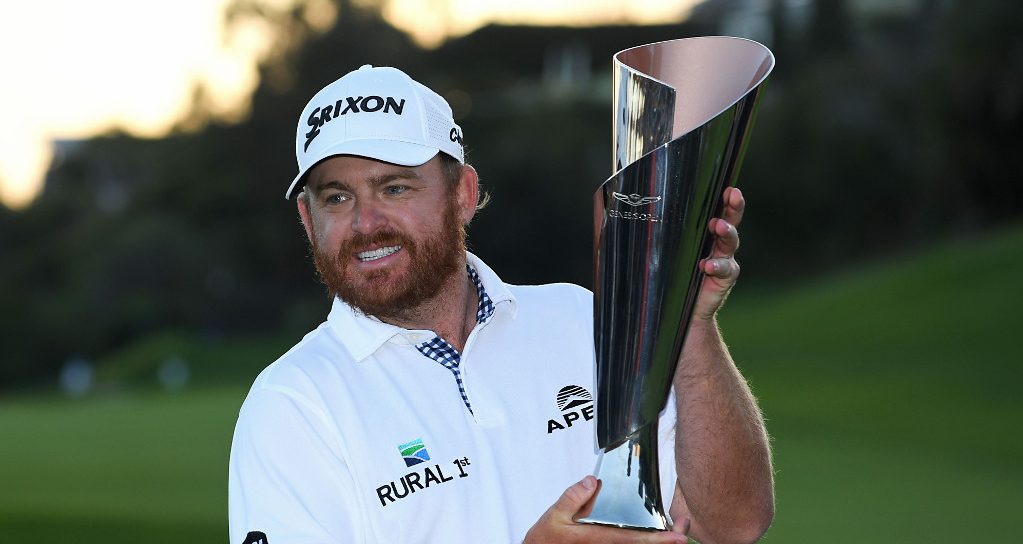 J.B. Holmes won his first title on the PGA Tour for three years when he claimed a one-shot win at the Genesis Open on Sunday.

Holmes (-14) carded a final round 70 at Riviera to finish just ahead of American compatriot Justin Thomas (75), who struggled in the closing stages.

With rain delays on Thursday, the leaders had to play 34 holes on Sunday, and while the third round was played in pristine weather conditions, the wind picked up later in the day.

Thomas held a one-shot lead going into the 13th hole, where Holmes sunk a clutch putt for par and his rival three-putted from slightly closer to the pin.

On the 17th, Thomas had a six-footer for birdie which would have brought him level going into the final hole, but his putter let him down once again to effectively had Holmes the title.

The victory was Holmes’ fifth on the PGA Tour, and his first since the 2015 Houston Open.

“It’s a huge win,” Holmes, who prior to this week had only one top 10 finish this season – admitted after the final round.

“You play in 25-mile-an-hour gusty winds and see how fast you play.

“You can’t just get up there and whack it when it’s blowing that hard.”

Rory McIlroy (69) got within two shots of the leaders after holing from the bunker on the 16th, but he failed with a birdie putt on the penultimate hole, and bogeyed the final hole to finish in a tie for fourth alongside Marc Leishman, three shots behind Holmes.

After carding a third round 65 – which included two eagles – Tiger Woods (72) played himself into contention heading into the final round, but the former world number one struggled in the gusty conditions later in the day to finish in a tie for 15th.