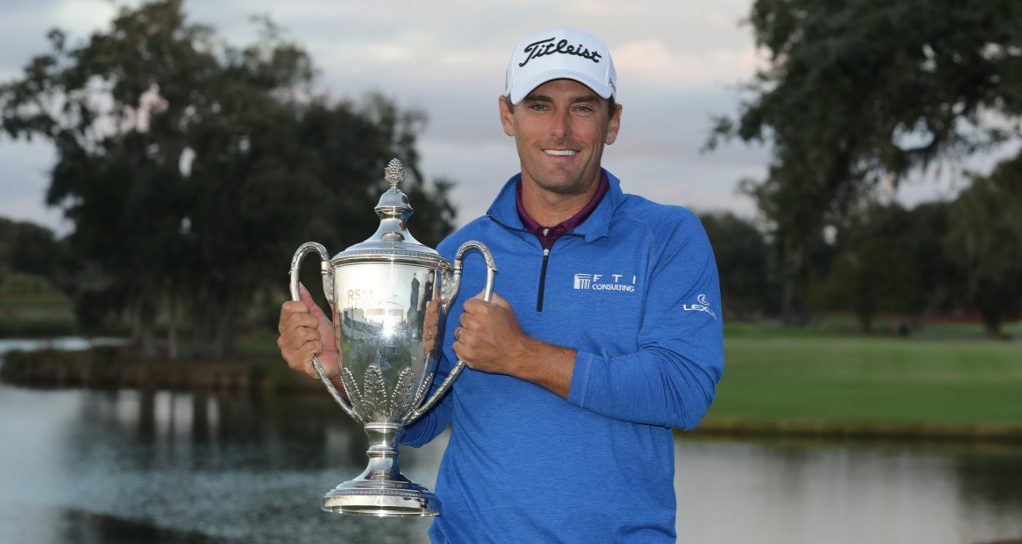 An emotional Charles Howell III overcame a disastrous start to his final round to defeat Patrick Rodgers in a playoff and win his first PGA Tour tournament in nearly 12 years at the RSM Classic in Georgia on Sunday.

After a bad start to Sunday that saw Howell drop three shots in the first three holes, the American recovered to shoot a three-under-par-67 to get to 19-under for the event.

On Sunday, Charles Howell III ended the longest drought between TOUR wins. He needed two extra holes at @TheRSMClassic to do it.

That was enough for a play-off with Rodgers who fired a sparkling eight-under-par-62.

At the second time of replaying the 18th, Howell holed a 20-foot birdie putt to edge out his countryman.

“Quite honestly, I didn’t know if I would ever win one again,” Howell said afterwards.

“I had come up short so many times.

“The things that I’ve been working on and practicing held up. In the playoff, I was able to hit nice drives off that tee in a left-to-right crosswind.

“I was able to hit a nice eight-iron on 17 in regulation to make birdie.

“That bit means more to me than beating somebody.”

Only two men needed more starts before winning for the third time.