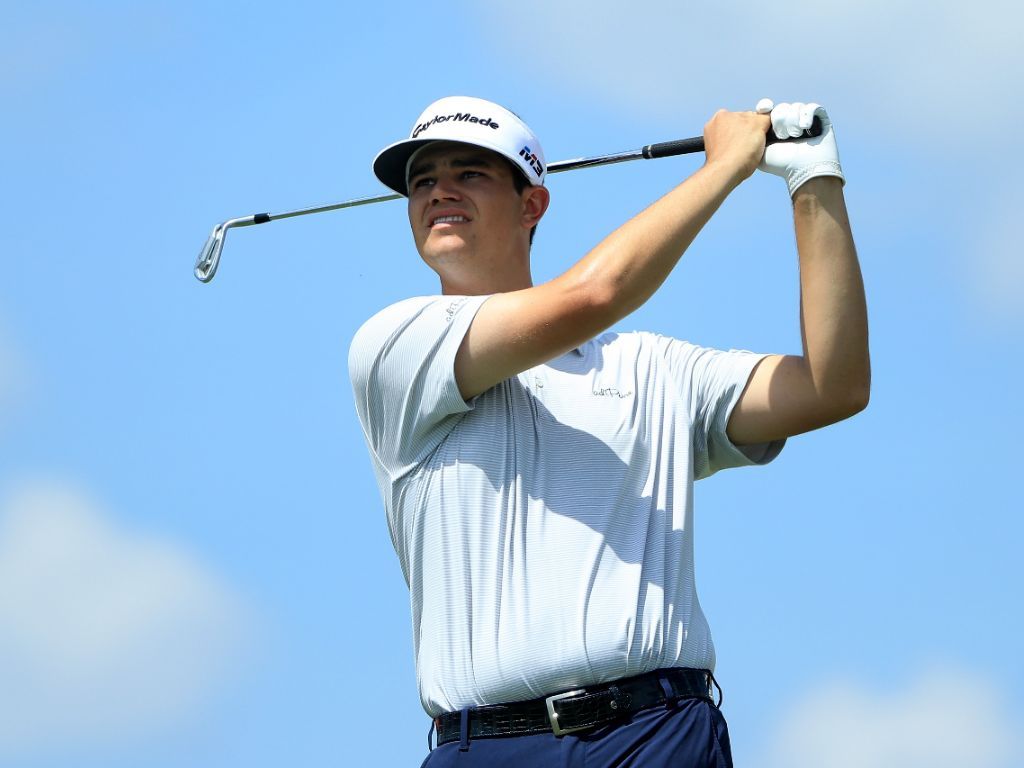 Beau Hossler again put himself in the running for a first PGA Tour title after earning a share of the lead at the halfway point of the Quicken Loans National.

And the 23-year-old has given himself another opportunity at the TPC Potomac after his four under 66 saw him move to the top of the leaderboard alongside Ryan Armour and Brian Gay.

Hossler birdied four of his final five holes, including a 35 putt for a birdie on the 18th.

Beau Hossler is tied for the lead at @QLNational. It’s the 29th time Hossler has been inside the top-10 following a round on the PGA Tour this season, most of any player (DJ and Harman are tied for 2nd with 28).

“We’re going to try to put two more rounds in the 60s, see where it puts us for Sunday,” said Hossler.

Armour and Gay shot 65 and 64 respectively to join Hossler at nine under after each sank birdies on their final hole at the ninth.

The trio are a shot ahead of Francesco Molinari and Billy Horschel, but the big mover on day two was Tiger Woods after matching his lowest score of 2018 with a 65.

After struggling on the greens during his first round, it was a complete contrast for Woods on the second day. He began with a 25 foot for birdie, while he also chipped in from 80 feet for a birdie on the 18th. It left the 42-year-old four shots off the lead at five under.

A look at @TigerWoods' chip-in birdie Friday from inside the gallery.#LiveUnderPar pic.twitter.com/O12DBUOhjR

“The scores aren’t going to be that low and it’s going to be a tough weekend. It will be over 100 degrees and it will be a long weekend mentally and physically. I’m in a good position now.”