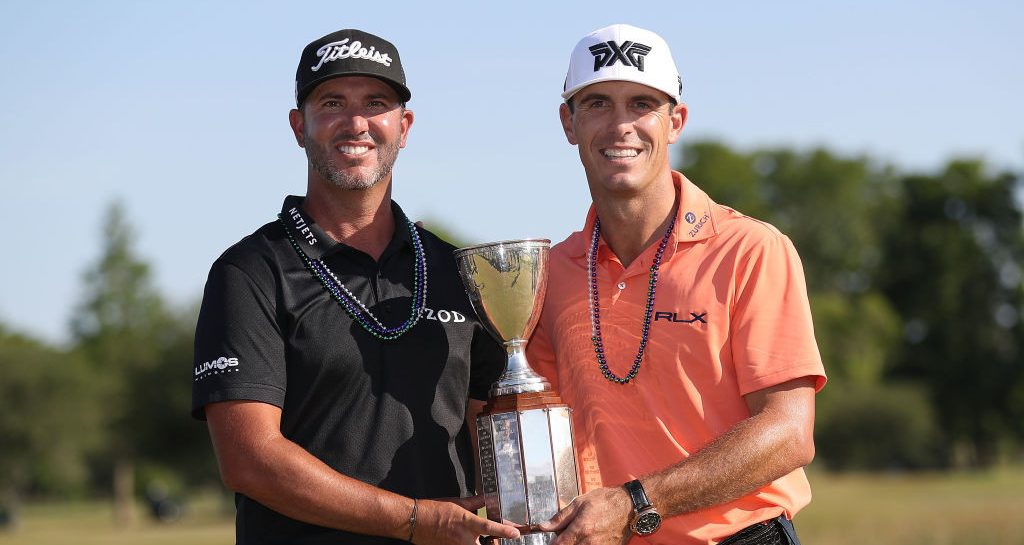 Billy Horschel and Scott Piercy shot a bogey-free final round of 67 on Sunday to secure a one-stroke victory at the Zurich Classic of New Orleans.

The American duo recorded five birdies at TPC Louisiana to finish on 22-under par and claim their first PGA Tour victories of the season in the foursomes format event.

Fellow Americans Jason Dufner and Pat Perez came in second one shot adrift after firing a 68 while the South African team of Charl Schwartzel and Louis Oosthuizen were a shot further behind in third place.

A spectacular chip-in for eagle on the final hole saw Chris Paisley and Tommy Fleetwood finish in a tie for fourth with Brice Garnett and Chesson Hadley.

Starting the final day three strokes off the lead, Horschel and Piercy began to climb the leaderboard with birdies at the first and second.

Another gained shot at the seventh, plus birdies at the ninth and 10th proved to be enough as

Dufner and Perez missed out on a final-hole birdie after finding the sand.

Masters champion Patrick Reed and his partner Patrick Cantlay finished in a tie for seventh position, five strokes behind the winners.