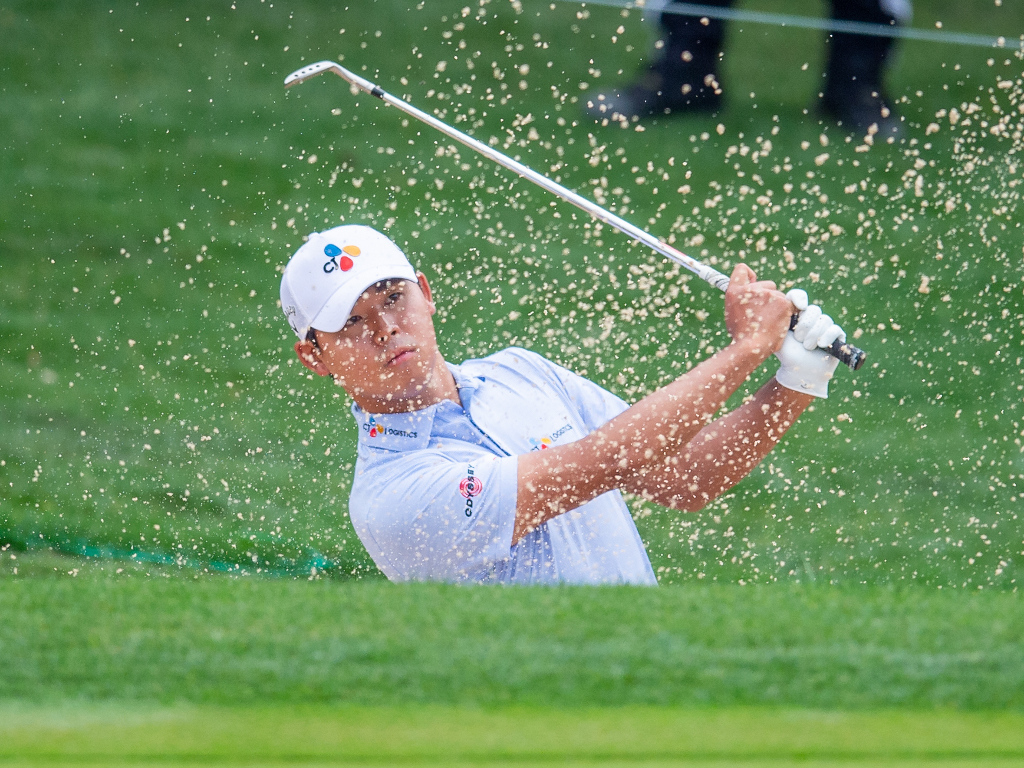 First-round leader Si Woo Kim turned his one-shot lead into a four-shot lead at the Valero Texas Open on Friday, thanks in no small part to a hole-in-one.

Kim aced the 16th hole at TPC San Antonio on the way to a second consecutive six-under-par 66 and a 12-under-par total.

That was far too hot to handle for anyone else in the field on Friday – even Rickie Fowler and Jordan Spieth – as the South Korean opened up a sizeable four-shot cushion heading into the weekend.

“The first days here I’ve been feeling good,” Kim said. “I don’t want to change anything.”

Fowler and Spieth find themselves in six-man group tied for second on eight under alongside Corey Conners, Harold Varner III, Adam Schenk and Kyoung-Hoon Lee.

Both men shot 68s for the second day running.

Fowler had actually managed to grab the lead at one point during his round, but consecutive bogeys late in his round saw him fall back.

“Yeah, at 15 and 16, kind of a little unforced errors,” he said. “That happens. I hit some good shots out there and made a few putts. I’m happy with it. Obviously in a good spot going into the weekend.”

Kim’s hole-in-one at the 167-yard 16th took a bounce toward the hole before landing right next to the lip of the cup and dropping in.

Heading into the weekend at the @valerotxopen:

Graeme McDowell, fresh from his first victory in four years at the Corales Puntacana Resort and Club Championship, follows on six under alongside Scott Brown, Hank Lebioda, Ryan Moore and Jhonattan Vegas.