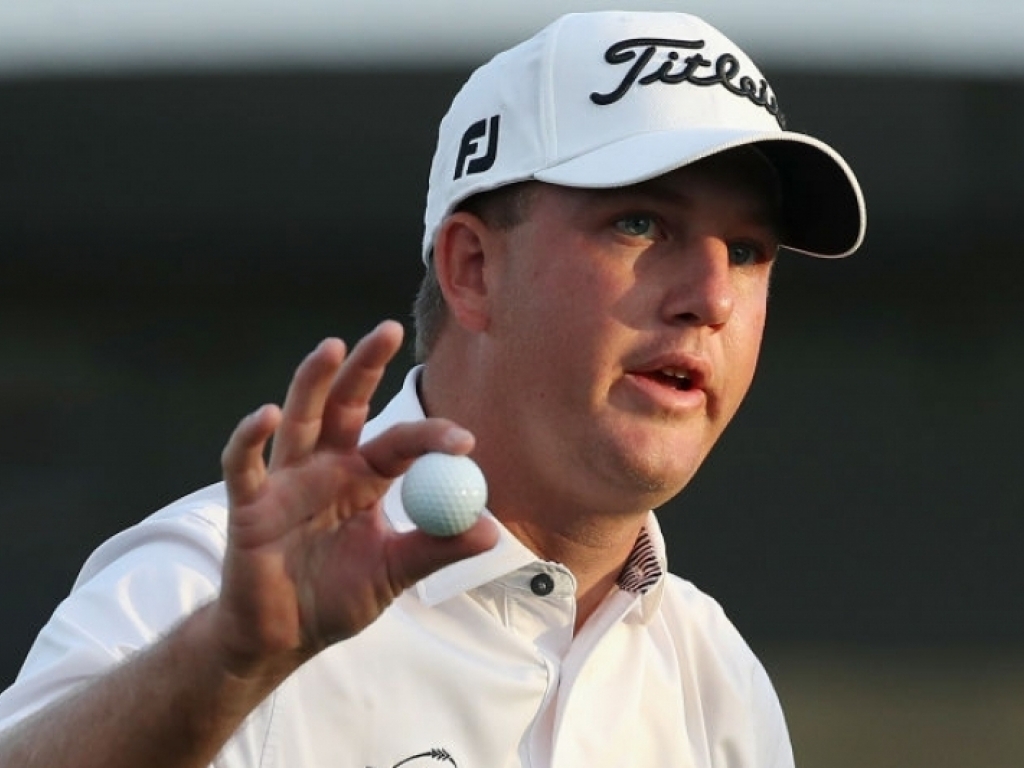 Tom Hoge put the overnight missile alert false alarm behind him on Saturday to shoot a six-under par 64 for a one-stroke lead at the Sony Open in Hawaii.

Hoge hit six birdies, including a 40-yard save on the par-5 final hole to take the lead after 54-holes for the first time on the PGA Tour.

Miss anything from a wild day at Waialae?

Roll the highlights from Round 3!

Kyle Stanley was a shot further back on 14 under after carding a 65, one shot ahead of fifth-placed Chris Kirk (67).

Player of the year Justin Thomas was another three shots back, six off the lead after shooting a 66.

Speaking about the alert, Thomas told how he was woken up by a text from Tom Lovelady asking whether the threat was real.

“He said everyone was freaking out,” Thomas said. “I turned on the TV and didn’t see anything. I looked online and thought, ‘It can’t be real.’ I put on some music, opening the sliding door and figured there was nothing I can do about a missile. But right when it happened, everything flashes. It’s the first time I guess you can say my life flashed before my eyes. It was a little dicey.”