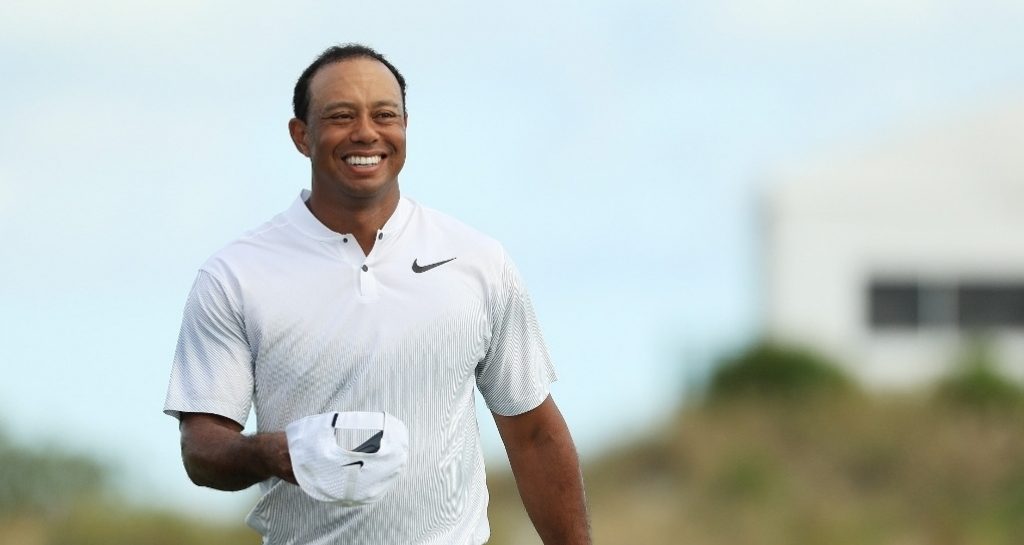 Tiger Woods was able to improve on yesterday's comeback round at the Hero World Challenge with an even better score on Friday.

Woods added a four-under-par 68 to his opening 69 to lie in joint-fifth place on seven under par in the 18-man field.

Woods equalled or bettered the performance of all but two of those golfing luminaries through 36 holes, suggesting his comeback could be more than a flash in the pan.

The 14-time major champion was superb on the front nine, making three birdies in his first four holes to grab a share of the lead, and looking rock-solid from tee to green.

A superb eagle at the par-5 ninth briefly lifted Woods into the solo lead, and another birdie followed at the 11th.

The eagle was vintage Tiger – a pure drive into the heart of the fairway and a towering fairway wood from 271 yards to leave himself 20 yards for the eagle, which he duly sunk.

ICYMI:@TigerWoods eagled No. 9 to take the lead at the Hero World Challenge.

And it was a thing of beauty. #QuickHits pic.twitter.com/CPvIk46tTu

Woods was flying at that stage, six under through 11 holes, but he would bogey the 12th after three-putting from 25 feet, and then dropped another shot at the last after a wayward drive to sign for a 68.

Round 2 is in the books. @TigerWoods opens with rounds of 69-68 in his return to competitive golf.#QuickHits pic.twitter.com/0e2nLWUX3i

Nevertheless, few would have predicted opening rounds of 69 and 68 from Woods this week, and he has every reason to be pleased with his efforts.

Asked what he'd proved with his performance on Friday, Woods said: “I proved that the surgery was successful,” in reference to the spinal fusion he had in April.

"Now I have a chance to go out there and play competitive golf again."

The day belonged to Charley Hoffman, however, who shot the round of the tournament so far – a stunning nine-under-par 63 that rocketed him to the top of the leaderboard on 12 under. He closed with five straight birdies to separate himself from the rest of the field.

Charley Hoffman makes his fourth birdie in a row to take a two-shot lead at the Hero World Challenge.#QuickHits pic.twitter.com/8XbDbtcjes

Hoffman is a full three strokes clear of his nearest challengers – Jordan Spieth, who added a 67 to an opening 68, and overnight leader Tommy Fleetwood, who went round in 69.

Another in-form Englishman, Justin Rose, follows on eight under in solo fourth after successive rounds of 68.

Woods follows a further shot back on seven under alongside Hideki Matsuyama (66), Francesco Molinari (68), Matt Kuchar (70) and Rickie Fowler (70).

Justin Thomas lies on five under after rounds of 69 and 70, while Dustin Johnson is a further shot back after a 72.