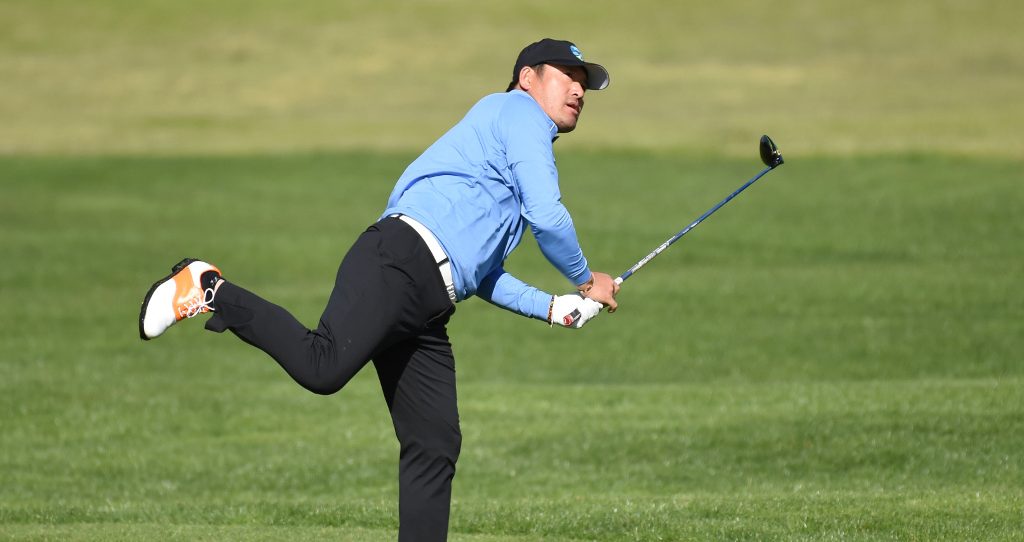 Ho Sung Choi’s famous swing is known to turn heads, but it was his head that was doing the turning when he rolled up to the John Deere Classic this week.

The South Korean is set to tee up for his second PGA Tour start this week at TPC Deere Run. In his first outing at the Pebble Beach Pro-Am, Choi reportedly made a notable new buddy in the form of Green Bay Packers quarterback Aaron Rodgers, but failed to make the cut.

As such, his expectations are low going into Thursday.

“I just want to make the cut and see where it goes from there,” Choi told reports through his interpreter.

But the 45-year-old – a late bloomer who taught himself the game while working part-time at his local golf club in Anyang – was more intrigued by the John Deere tractors parked at the entrance to the course than the practice tee.

“I haven’t had the opportunity to drive one,” quipped Choi, who has two victories on the Japan Golf Tour.

“But I saw a lot of it set up near the entryway, so I took a lot of pictures. I got to sit in the tractor, and it reminded me of something from the movie Transformers.

“I thought it was so cool, and it was really interesting for me, so I took a lot of pictures. I was trying to drive it, but there were no keys available, so I just sat in the seat.”