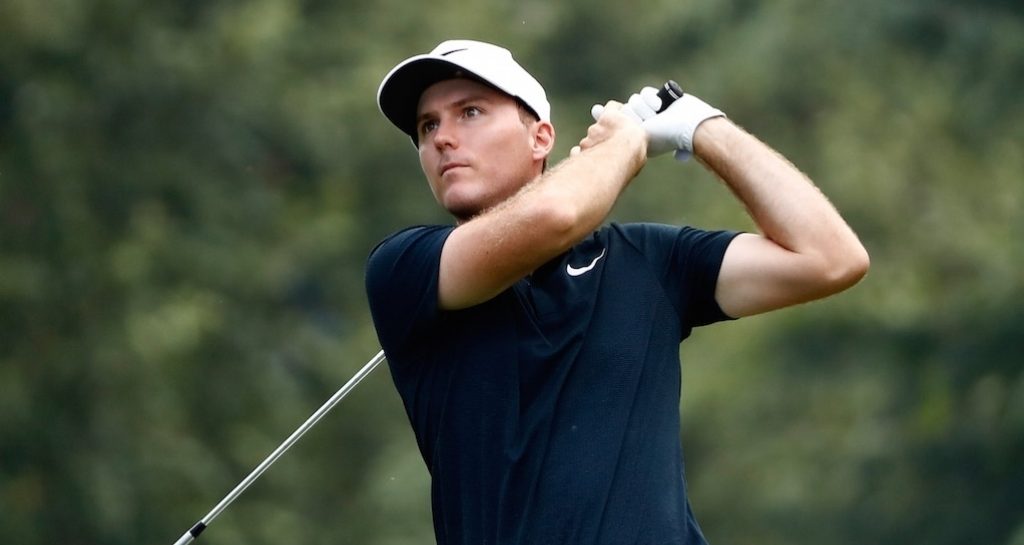 Russell Henley capitalised on an early start to take a one-stroke first-round lead over Dustin Johnson at the Northern Trust in Old Westbury, New York on Thursday.

Henley fired eight birdies and two bogeys on his way to setting the clubhouse target, draining an 18-footer at the final hole to claim the outright advantage.

Speaking afterwards, the 2017 Shell Houston Open champion said he was in total control for the entire round at the picturesque Glen Oaks Club.

"I rolled in a couple and it felt pretty easy because I was giving myself some good looks," Henley said.

"Just felt comfortable the rest of the day."

In pursuit of the three-time PGA Tour winner is a star-studded field that is currently led by the big-hitting Dustin Johnson.

Johnson birdied his final hole to get within one stroke of the lead.

“Today was the first time it’s kind of felt, the golf swing, I was in control, like I was leading into the Masters,” Johnson told reporters after.

”I’ve been saying it’s close and I’ve seen signs of it. I hit a lot of really good shots, drove it well, did everything really well. It’s the first time in a long time I’ve done that.

“Even the bogey I made I hit a great shot right in the middle of the green and just three-putted.”