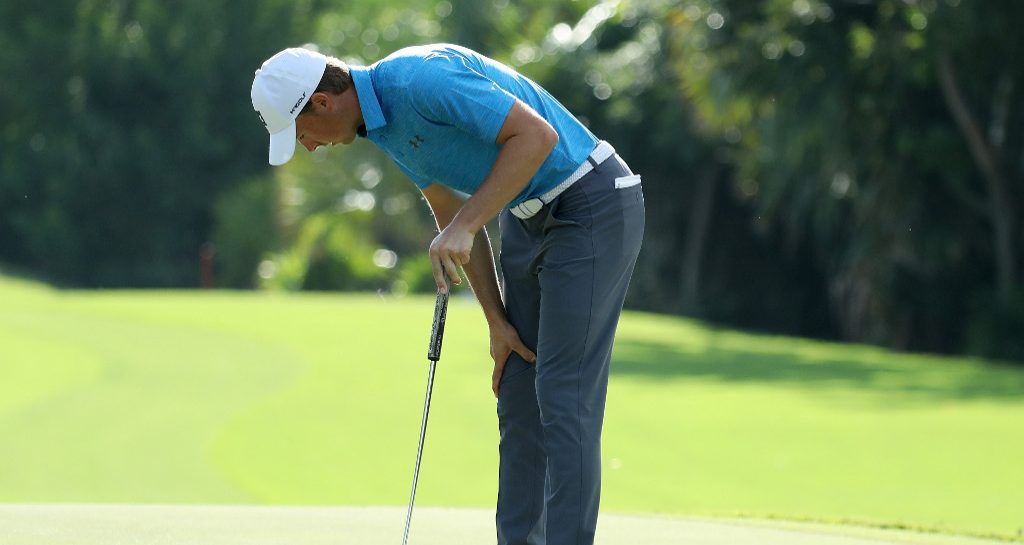 Professional golf coach Hank Haney reckons Jordan Spieth is suffering from the yips, which explains his dramatic drop in form over the past year.

Spieth went winless on the PGA Tour last season for the first time since 2014, a far cry from the kind of form that saw him win 10 times – three majors included – between 2015 and 2017.

Spieth would have been hoping for a fresh start at this week’s Sony Open after getting married in November, but a missed cut certainly wasn’t the doctor ordered.

He'll need an eagle at the 18th hole to make the cut @SonyOpenHawaii. pic.twitter.com/TW1ZnvKkgN

One look at the 25-year-old’s stats suggest he has clearly started to struggle with the putter in hand. Spieth went from 39th in strokes gained putting in 2017 to 123rd in 2018.

The drop is even more precipitous when you consider the fact that he was second in strokes gained putting in 2016.

Spieth himself hasn’t acknowledged any serious problems with his putting, and indeed he recently revealed that he spent the off season just enjoying his honeymoon, only using the week before the Sony Open to “knock off some rust”.

But Haney believes he has spotted a visible tremor when Spieth is putting now, a sure sign of the dreaded yips.

“He’s got to get his putting figured out,” Haney told ESPN. “I think he will. But he has to. And I think that spilled into the rest of his game.

“When I watch him putt, he visibly has the yips. You watch his hands on short putts and there is a tremor in there. I don’t care if the putt goes in or doesn’t. He was center cut on his first putt at the Ryder Cup. But his hands were shaking. He had to miss more short putts than anybody on Tour.”

But Spieth isn’t seeing whatever Haney is seeing.

“Actually, pretty good,” he said when asked about his form on the greens after Thursday’s first round in Honolulu. “I mean, felt comfortable with the putter today. Didn’t end up making anything, but felt like I hit my lines; felt comfortable.

“That’s closer than the swing is. It’s not to where I’m just over it and playing shots or over it and seeing lines and hitting putts. It’ll get there. I’m not worried about it.”