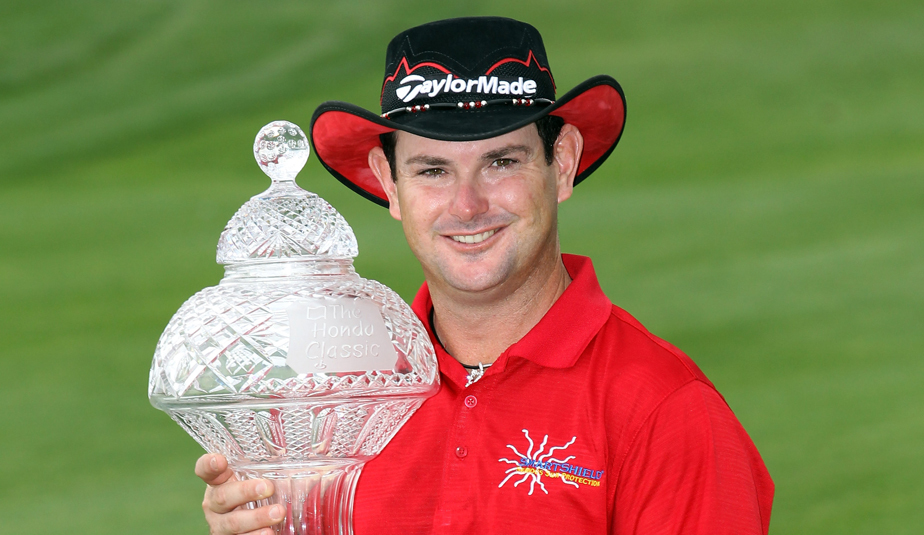 The PGA Tour plays host to an array of weird and wonderful characters – some stylish, some not so much! Harry McMullen takes a look at the top 10 worst-dressed golfers on the Tour.

Camilo Villegas always tries to add a little Latino flair to his outfits on tour, but he looks more like Hannah Montana than he does Tony Montana. Famous for his snake-like weird green reads, the Colombian has picked four wins since turning pro over 15 years ago – he just needs to know that sometimes less is a lot more. Those beanie hats made him a dead certain for our worst dressed golfers list!

Phil Mickelson can do more in one round of golf the most golfers can do in a lifetime. The left-handed wizard often finds the green from the most remarkable places but he has made the list due to the hideous shirt he wore at this year’s Players Championship. Formal shirts should have no place in golf – a huge wardrobe malfunction for Phil.

Rory has played on the PGA Tour since the turn of the century – notorious for wearing an eyesore of an outfit or two along the way. For what Rory lacks in the fashion department he does at least make up for in his game, picking up six PGA Tour victories in a decorated career. Sorry Rory! We just can’t forgive Rory for those hideous cowboy hats – he’s straight onto our worst dressed countdown at number eight.

Bubba Watson can drive a ball as far as the eye can see but it’s hard to appreciate Bubba’s infamous rockets when he’s turning up for rounds in military camouflage pants and Donald Duck visors. The left-hander has two more Masters wins under his belt than I’ll ever have, he just needs a little more help with his wardrobe game.

Ryan Moore had a fantastic amateur before turning pro on the PGA Tour in 2005. He may have won the NCAA Individual and the U.S Amateur, but I’m sorry Ryan, we will not take you seriously as a golfer if you keep persisting with the tea cosy hats and the shirt and tie outfits. Ryan is definitely one of the worst dressed golfers on Tour.

At number five on our list is the Japanese golfer Shingo Katayama – famed for that terrible snake skinned cowboy hat. This lone ranger was a star on the Japanese Golf Tour topping the money list five times. On the PGA Shingo was lukewarm, it was probably something to do with that dodgy cowboy hat…

Jesper Parnevik picked up five wins throughout his career on the PGA Tour but my god did he wear some stupid hats! Originally hailing from Sweden, Jesper almost won the Open on two occasions in the 1990’s. I’m just glad he didn’t – his lack of style would have brought shame on the world’s oldest golf tournament.

Ian Poulter may be the king of matchplay, thriving on the biggest stages like the Ryder Cup but in the early part of his career he sported some shocking garments on the course. Although his fashion sense has calmed down a lot in recent years we just couldn’t keep him out of our top 10 countdown – somebody call the fashion police!

Rickie Fowler is probably the best player on the PGA Tour to never have won a major – finishing in the top five of each major at least once. As good of a golfer as Fowler may be, he still needs a little work on his colour coordination – often looking like a glow stick on the tee boxes!

John Daly is the undisputed king of the worst-dressed golfers! You name it and Daly has just about worn it! From the star-spangled banner to tropical Hawaiian pants he certainly has an acquired taste. Don’t judge big John on his fashion alone, him and his funky pants have picked up two majors in a career full of character. Probably the only person on this list that suits the outfits they are wearing. There’s only one John Daly, worst dressed golfer and proud.