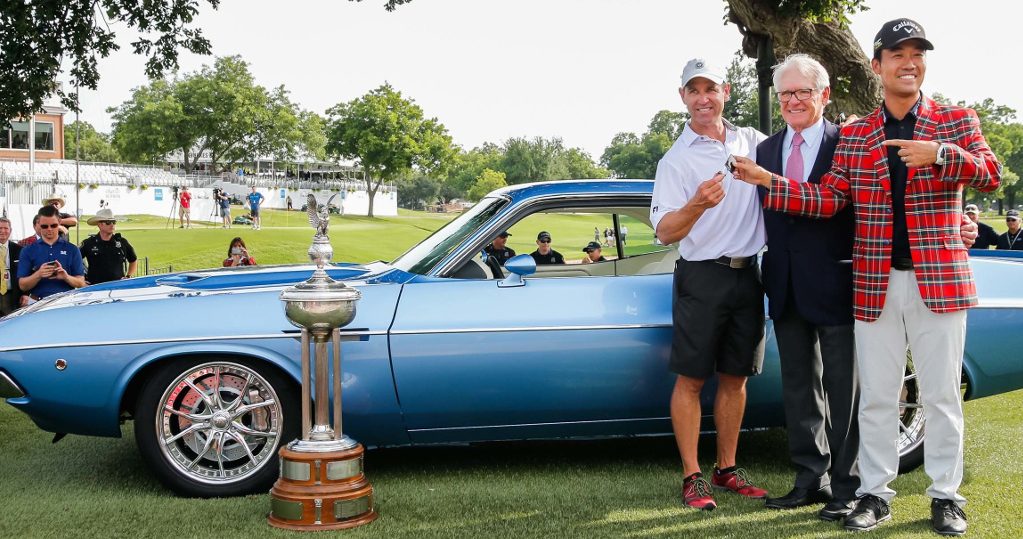 Having carried Na’s bag for over a decade on the PGA Tour, the duo have formed a strong bond over the years. In the practice rounds, Harms mentioned he had his eye on one of the perks for winning the 2019 edition. To commemorate the founding of the Charles Schwab company, the keys to a 1973 blue Dodge Challenger would be handed to the winner along with the healthy $1.3 million check.

Harms dropped subtle mentions of the car as the weekend went on and when Na was comfortably in front on Sunday, he knew he knew it was on him to keep the deal. So perhaps it should come as no surprise that Na kept his promise…

He promised to give it to his caddie. pic.twitter.com/CyhIwLPP3Q

Before giving it away, Na just wanted to feel some of that Dodge power for himself…

“I don’t know how my caddie convinced me to give him the car, but he’s a good salesman I guess,” said Na later.

“He sold me into it. But I’m more than happy to give it to him. He deserves it.”

Over a decade of being friends, Kevin Na gave Kenny Harms a bonus he won't soon forget. 🚘#LiveUnderPar pic.twitter.com/O9hd3a326J