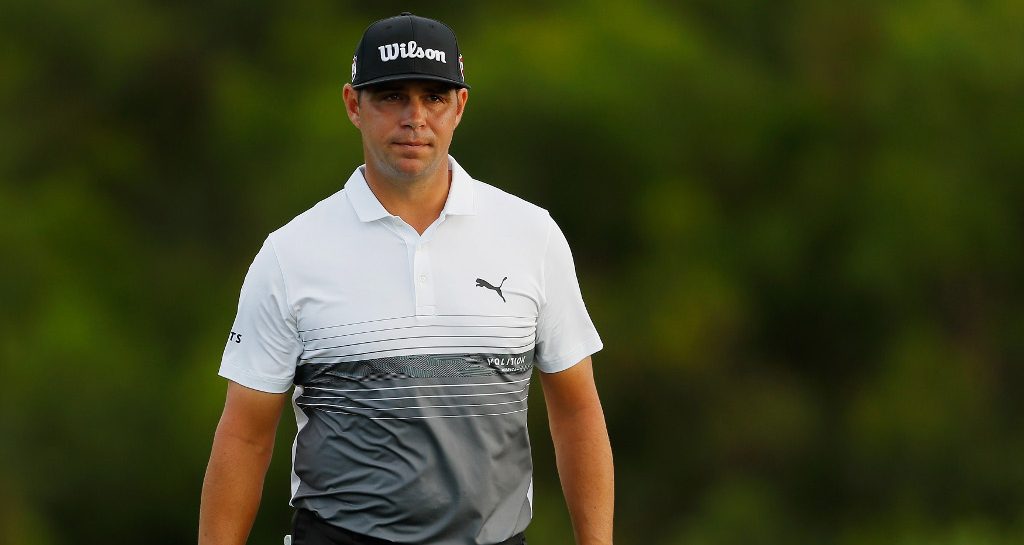 Preparation paid off for Gary Woodland as he moved three strokes clear after the second round of the Sentry Tournament of Champions on Friday.

The three-time PGA Tour winner used to come to Maui without much practice under his belt, but this time around he spent his holiday season practicing to ensure he was ready to be a contender.

And after a second successive 67 handed him a 12-under-par total and a three-shot lead heading into the weekend at Kapalua, Woodland is clearly reaping the benefits.

Heading into the weekend with a three-shot lead. 👊@GaryWoodland ends Round 2 with a birdie to get to -12.#QuickHits pic.twitter.com/mrxjlC7Fvr

“I’ve had that (relaxed) mindset a couple times that I’ve been here, not prepared, excited to be here, taken some time off before the last two times I was here,” Woodland said.

“But this time I’ve been playing a lot. Obviously it’s nice to be here, but I have a little different mindset this week, playing a little more aggressive, trying to contend, and trying to win instead of just enjoying the views out here, which I’ve done in the past.

“You’re sitting at home, you feel like somebody’s getting better, it’s hard for me just to sit there.

“I’ll pick my spots now where I take time off to get ready for THE PLAYERS in March and then obviously the four majors start right away, so I’ll be ready to go.”

Woodland’s job is far from done, however, as there are some formidable players within striking distance of the lead.

Round 2 of the @Sentry_TOC has concluded:

Bryson DeChambeau, who claimed four PGA Tour victories in 2018, was back in familiar territory near the top of the leaderboard after a second-round 68.

He was joined in a tie for second by Rory McIlroy, who also shot a 68, and overnight leader Kevin Tway, who relinquished his advantage after a 71 but remains in contention.

He closes Round 2 with three birdies in his final five holes.#QuickHits pic.twitter.com/s3p07nfutV

Australian Marc Leishman follows a further shot back, one ahead of Cameron Champ, Justin Thomas and Xander Schaeffele.

Ian Poulter and Jason Day are among those on six under, with the likes of Dustin Johnson and Jon Rahm following a further stroke behind.

World No 1 Brooks Koepka shot a 70 on Friday, but still finds himself 27th in the 30-man invitational field after his disappointing 76 in Thursday’s first round.