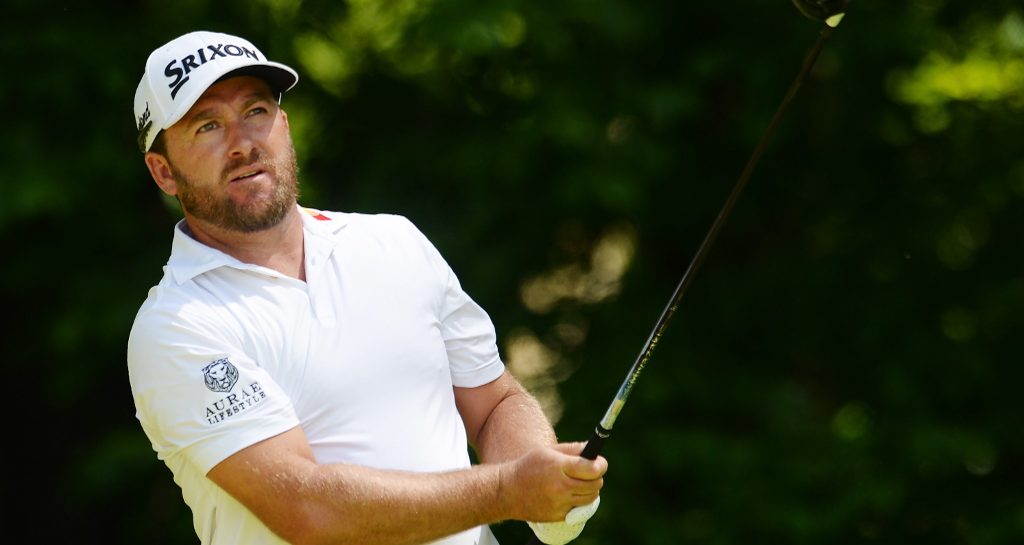 Graeme McDowell cut a relieved and elated figure after sinking a 30-foot putt on the final hole of the Canadian Open to secure his place in the Open Championship field.

McDowell was desperate to try and qualify for this year’s Open at his beloved home course, Royal Portrush, but time seemed to be running out for the Northern Irishman.

He entered the RBC Canadian Open knowing that only a top-10 finish and being among the top three finishers not already qualified for The Open would see him secure a spot.

“I think I had reasonable belief in myself that I was going to be able to take care of it one of these weeks,” the 39-year-old said.

“Obviously as the pressure started to build it was going to be more difficult as it went along.

“Obviously very proud to have got one of the Open Championship spots and get that little monkey off my back and let me go and play some golf the next few weeks.”

As he teed off on the 72nd hole in Canada on Sunday, McDowell still didn’t know if he was Portrush-bound, and as it turned out, he left himself with a 30-footer for par on the 18th green to book his ticket.

It wasn’t an easy putt either.

Portrush native @Graeme_McDowell is headed to The Open after this putt on the 72nd hole @RBCCanadianOpen.#LiveUnderPar pic.twitter.com/ciuU5EYfjq

“The putt was not makable, no. It was literally a 1 and 10. It had 12 feet of break on it. It was ridiculously tough putt to make. Just fancied it, I saw it, liked the way it looked, and when I saw it go in it was a huge relief.

“Obviously at that point I still didn’t know if I was guaranteed to be in, but I knew that 4 gave me more of a chance than 5.”

McDowell admitted it had not been as easy journey to try and secure qualification.

“The chase for the Open Championship at Portrush, and getting my spot for that, it’s been a journey,” he said.

“This week, with spots available, people have been reminding me all week. Every hole out there it was like ‘hope you get to Portrush, hope you get in the Open’ so there was no chance I was going to be able to shove that to the back of my mind.”

“It was nice to play decent enough to get it done today.”